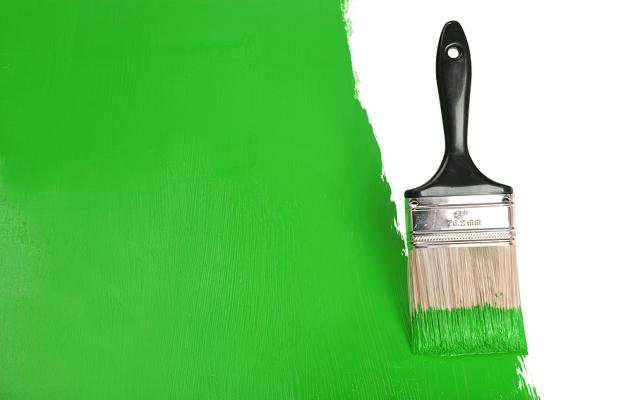 Last month was a good one for U.S. equities.The S&P 500 was up 2.6%, while the Dow and the Nasdaq gained about 3.2% and 0.9%, respectively. In particular, the S&P 500 — regarded as one of the finest reflections of the stock market as a whole — not only rose for the third time in four months but also notched all-time closing highs on a few occasions.

Energy Was the Place to Be

On the sectoral front, it was the energy space that topped the S&P standings in February with a gain of more than 18%. One of the major themes of the month was rising oil prices on the back of vaccine-related optimism, which had a direct bearing on energy stocks. It then came as no surprise that shares of oil-related companies were some of the biggest beneficiaries.

In February, WTI oil saw a gain of nearly 18% and on Thursday, the U.S. benchmark hit a nearly 22-month high settlement of $63.53 a barrel. The commodity’s upward momentum was supported by the OPEC+ cuts, easing of the lockdown, an earlier-than-expected pickup in the commodity’s demand on the back of vaccine rollouts and temporary production shut-ins due to frigid temperatures.

In the last reported quarter, Marathon Oil reported adjusted net loss per share of 12 cents, narrower than the Zacks Consensus Estimate of a loss of 20 cents. The company’s bottom line was favorably impacted by a tight leash on costs and better-than-expected contribution from its U.S. and international segments.

The Zacks Rank #3 (Hold) stock outperformed other energy companies and was up 47.21% in February, ranking second on the S&P 500 list behind Twitter (TWTR - Free Report) . However, it remains to be seen if Marathon Oil could gain similar traction in the near-to-medium term. While the company looks poised for strong free cash flow generation through the next few years, the volatile commodity prices and the way it will trade in the future could have a significant impact on the business of the company.

Apache: Apache is one of the world's leading independent energy companies engaged in the exploration, development and production of natural gas, crude oil and natural gas liquids. Its acreage in Suriname — off the north coast of South America — and the Permian Basin are the company’s long-term production growth drivers.

Apache’s fourth-quarter bottom line came in above expectations, led by robust domestic production and a tight leash on costs. Precisely, the average daily U.S. output came in at 232,975 barrels of oil-equivalent per day (BOE/d), beating the Zacks Consensus Estimate of 230,000 BOE/d.

Valero Energy delivered better-than-expected fourth-quarter 2020 bottom line on encouraging results from the Refining segment, which is the main contributor to the company’s earnings. Operating loss from the unit was reported at $377 million compared to the Zacks Consensus Estimate of a loss of $533 million.

The downstream operator, carrying a Zacks Rank #2, saw its stock surge 31.07% last month. Its shares will likely trend higher on the back of an improving refining picture, a leg up in its renewables business and cost cuts.

Occidental recently reported fourth-quarter 2020 loss of 78 cents per share, wider than the Zacks Consensus Estimate of a loss of 53 cents. Lower commodity prices led to the underperformance.

The Zacks Rank #3 stock was the fourth-best sector performer in the S&P 500 Index, with shares appreciating 29.3% in February. Occidental’s continued focus on the Permian Basin, efficient cost management and impressive asset profile are the major positives. However, the company’s struggles with a massive long-term debt of nearly $36 billion and repercussions from the cancellation of the African asset divestment deal could limit share price gains.

Schlumberger: Schlumberger is the world’s largest oilfield services provider, with a presence in every energy market across the globe. Founded in 1926, the company helps the oil and gas producers to locate, drill and evaluate hydrocarbon wells.

In the last reported quarter, Schlumberger’s earnings of 22 cents per share (excluding charges and credits), surpassed the Zacks Consensus Estimate of 18 cents. The better-than-expected results can be attributed to contributions from digital solutions and multiclient seismic license sales.

Schlumberger, carrying a Zacks Rank #3, rallied 27.97% in February. Being the leading provider of technology for complex oilfield projects, the company’s overall business is expected to benefit from the significant improvement in oil price. Therefore, the stock still has some room to the upside. However, the outlook remains tempered by lower capital spending by explorers and producers that has reduced demand for oilfield services.

Here's Why Onto (ONTO) is a Promising Investment Bet Now