It was a week when oil prices reached their highest settlement since May 2019 but natural gas fell sharply lower.

The crude benchmark rallied to a nearly 22-month high, supported by the OPEC+ cuts, easing of the lockdown, an earlier-than-expected pickup in the commodity’s demand on the back of vaccine rollouts, temporary production shut-ins due to frigid temperatures and passage of the $1.9 trillion stimulus bill.

Meanwhile, natural gas finished lower following the prospect of less heating consumption due to a mild weather outlook in March.

1.  Baker Hughes recently agreed to create a joint venture with Norwegian Akastor ASA. Per the deal, Akastor’s affiliate, MHWirth AS and Baker Hughes’ Subsea Drilling Systems (SDS) business will be brought together. The move comes at a time when the company is expecting the energy industry to significantly recover in the near future.

The move will enable the companies to offer clients with a wide range of offshore drilling equipment and services. It will create a 50-50 JV with strong financial and integrated delivery capabilities. Operations of the JV will be managed from Houston and Kristiansand in Norway, following the deal closure in the second half of this year. The deal timing is interesting as the company expects a more balanced market by next year. While 2021 will witness vaccine rollouts and economic recoveries, energy investments will grow in 2022, per Baker Hughes’ CEO Lorenzo Simonelli.

Baker Hughes will hold a 50% stake in the combined entity and receive $200 million in consideration, of which $120 million will be paid in cash during closing. The deal signifies Baker Hughes’ value generating capabilities from assets during challenging times. Via its equity method, profits from the JV will reflect on Baker Hughes’ overall results. Similarly, Akastor will receive a 50% interest in the JV and $120 million, of which $100 million will be paid as cash. (Baker Hughes Merges Subsea Drilling With Akastor Affiliate)

2.   ExxonMobil recently agreed to divest a chunk of upstream assets in U.K. central and northern North Sea region to NEO Energy, an affiliate of HitecVision. The non-operated assets are expected to fetch more than $1 billion, in addition to $300 million in contingent payments, depending on a potential rise in commodity prices.

This Zacks Rank #2 (Buy) company plans to retain non-operated stakes in southern North Sea upstream resources. It will also hold interests in SEGAL pipeline infrastructure that serves the Fife ethylene plant. The company is expected to maintain the massive refining, chemical and natural gas selling operations in the country, where it has been operating for more than 135 years. The deal with HitecVision is expected to close by mid-2021.

The move is part of ExxonMobil’s plan of getting rid of less strategic assets and freeing up capital to focus more on profitable resources like those in Guyana, Brazil and the Permian Basin in the United States. Importantly, the company announced in a regulatory filing that it had proved reserves of 15.2 billion Boe at 2020-end, reflecting a 32.3% decrease from the year-ago figure of 22.4 billion Boe. The deal is likely to further decrease the company’s reserves. (ExxonMobil Sells Over $1B of UK North Sea Upstream Assets)

3.   Kinder Morgan recently announced that it has agreed to divest a minority stake in Natural Gas Pipeline Company of America LLC (“NGPL”) to a fund controlled by private equity firm, ArcLight Capital Partners. Kinder Morgan has Brookfield Infrastructure Partners L.P. as a partner in the NGPL interstate pipeline system.

Notably, the deal is expected to close in the March quarter of 2021. The pipeline serves the markets in the Chicago area, where demand for the commodity is high. Moreover, the 9,100-mile pipeline system ships natural gas to large LNG export units along the U.S. Gulf Coast. NGPL has more than 1 million compression horsepower. Also, it owns natural gas storage of 288 billion cubic feet. (Kinder Morgan & Partner Divest NGPL Stake for $830M)

4.   EOG Resources reported fourth-quarter 2020 adjusted earnings per share of 71 cents, beating the Zacks Consensus Estimate for earnings of 38 cents. The better-than-expected results were due to a decline in lease and well expenses, offset partially by lower oil equivalent production volumes.

At fourth quarter-end, EOG Resources had cash and cash equivalents of $3,328.9 million. Long-term debt was reported at $5,035.4 million. This represents a net debt to capitalization of 22.3%. In the quarter, the company generated $1,494 million in discretionary cash flow and $666 million free cash flow. It incurred $829 million of cash capital expenditure before acquisition in the fourth quarter.

The company expects 2021 production in the range of 779.8- 856.9 MBoe/d. For this year, the leading upstream energy company projects capital spending in the range of $3,700 to $ 4,100 million. The company added that by 2025, it is planning for zero routine flaring.(EOG Resources Beats on Q4 Earnings, Plans Zero Flaring)

5.   Occidental Petroleum reported fourth-quarter 2020 loss of 78 cents per share, wider than the Zacks Consensus Estimate of a loss of 53 cents. The underperformance stemmed from lower commodity prices. It is aggressively managing cost and implementing ways to lower expenditure. Courtesy of cost management and strong production, domestic lease operating expenses for the fourth quarter were $6.05 per barrels of oil equivalents (boe) compared with $6.84 registered in the year-ago quarter.

As of Dec 31, 2020, the company had a long-term debt (net of current portion) of $35,745 million compared with $38,537 million a year ago. The decrease in debt level was due to effective management of debt since the acquisition of Anadarko. For fourth-quarter 2020, cash from operations was $1,442 million, down from $2,346 million in the prior-year period.

Occidental Petroleum expects to invest $2.9 billion in 2021 to further strengthen the existing operations compared with $2.53 billion invested in 2020. Out of the 2021 projected capital expenditure, $1.2 billion will be invested in the Permian region to bring new wells online. (Occidental Q4 Loss Wider Than Expected, '21 Capex View Up)

For the longer term, over six months, the sector tracker has gained 40.5%. Offshore driller Transocean (RIG - Free Report) was the major gainer during the period, experiencing a 214.9% price appreciation.

As global oil consumption gradually ticks up from the depths of coronavirus, market participants will be closely tracking the regular releases to watch for signs that could further validate a rebound. In this context, the U.S. government’s statistics on oil and natural gas — one of the few solid indicators that comes out regularly — will be on energy traders' radar. Data on rig count from energy service firm Baker Hughes, which is a pointer to trends in U.S. crude production, is closely followed too. The outcome of this week’s key OPEC+ meeting will also be in the spotlight. Finally, news related to coronavirus vaccine approval/rollout/distribution will be of utmost importance. 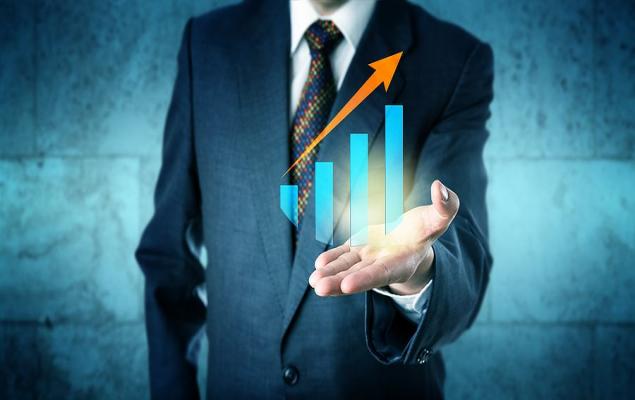