H&R Block, Inc. (HRB - Free Report) reported third-quarter fiscal 2021 adjusted loss per share of $1.17 that came below the Zacks Consensus Estimate of a loss of $1.25. The company had suffered a loss of 59 cents per share in the year-ago quarter.

Revenues of $308 million surpassed the consensus estimate by 35% but decreased 41% year over year. The decline was due to the late start to the U.S. tax season and a later-than-usual opening of IRS e-file, partially offset by increased fees from Emerald Card transactions, rise in small business payments processing and payroll volume at Wave, and improved international results. 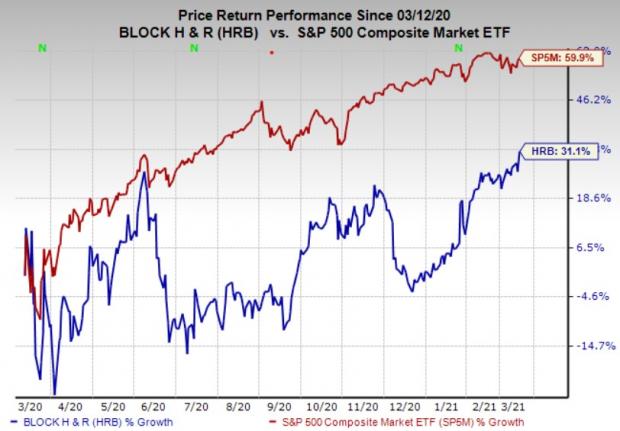 Pretax loss came in at $284 million compared with a loss of $177 million in the year-ago quarter. Total operating expenses were $572 million, down 15% year over year.

H&R Block used $646 million of cash in operating activities and capex was $21 million. The company paid out dividends of $48 million in the quarter.

Performance of Some Business Services Companies