Per the agreement, the former will evaluate Fotivda (tivozanib) in combination with the latter’s blockbuster immuno-oncology drug Opdivo in the phase III TiNivo-2 study in patients with advanced relapsed or refractory renal cell carcinoma (RCC) following prior immunotherapy exposure.

Bristol Myers will supply Opdivo for the study whereas AVEO will serve as the study sponsor and will be responsible for costs associated with the trial execution.

We note that Fotivda is an oral, next-generation vascular endothelial growth factor (VEGF) tyrosine kinase inhibitor (TKI), which was recently approved in the United States for the treatment of adult patients with relapsed or refractory advanced RCC following two or more prior systemic therapies.

The randomized, open-label, controlled phase III study will enroll approximately 326 patients (across clinical sites in the United States, Europe and Latin America) with advanced RCC who showed progress following prior immunotherapy treatment. Patients will be randomized 1:1 to receive either Fotivda (1.34 mg/QD for 21 days followed by 7 days off treatment) in combination with Opdivo (480 mg every 4 weeks) or Fotivda alone.

The primary endpoint will assess progression free survival (PFS) with key secondary endpoints to include the overall survival, overall response rate and duration of response and safety.

This combination was first explored in the phase I/II TiNivo study wherein it demonstrated favorable tolerability and a prolonged PFS using the combination in both treatment-naïve and previously-treated patients with advanced RCC. The phase III study will evaluate the tolerability of this combination following prior immunotherapy. 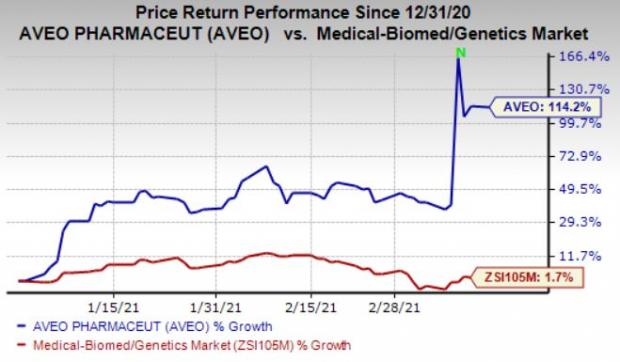 The advanced RCC treatment landscape evolved in recent times and the focus shifted to immunotherapy-VEGF TKI combinations in earlier-line treatment. Given its market potential, most pharma/biotech bigwigs are scurrying to grab a larger chunk of this pie.

Earlier in the year, the FDA approved Exelixis’ (EXEL - Free Report) Cabometyx in combination with Opdivo for the first-line treatment of patients with advanced RCC.