We observe that shares of IHS Markit have gained 62.3% over the past year, significantly outperforming the 28.9% rally of the industry it belongs to. 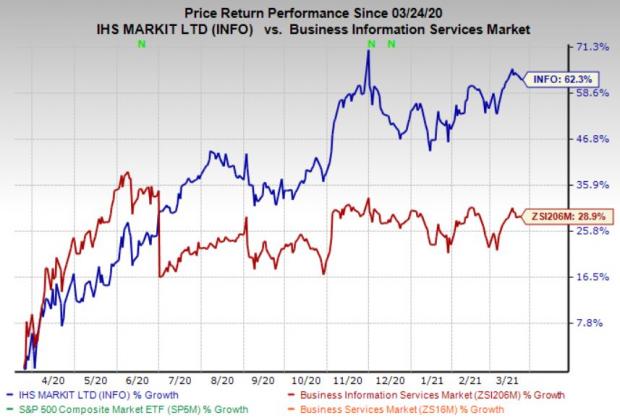 Adjusted EBITDA of $466.8 million was up 8% from the year-ago quarter. Adjusted EBITDA margin improved 180 basis points (bps) year over year to 41.7%.

IHS Markit ended the quarter with cash and cash equivalent balance of $172 million, compared with $125.6 million in the prior quarter. Long-term debt was $4.6 billion, flat with the previous quarter’s figure.

Cash flow from operations and free cash flow amounted to $244.5 million and $171.9 million, respectively, in the quarter. CapEx was $72.6 million. The company paid out $79.3 million in dividends in the quarter.

The long-term expected earnings per share (three to five years) growth rate for ExlService, Gartner and Blucora is pegged at 9.4%, 13.5% and 15%, respectively.