ABB Completes Share Buyback Program, to Start Another in April

ABB Ltd. ABB recently announced the completion of the initial share repurchase program which was introduced in July 2020. ABB had repurchased 128,620,589 shares for a total value of roughly $3.5 billion over the last eight months.

Also, the company’s board of directors declared a new share repurchase program, which is likely to be introduced next month. This buyback program, which is expected to remain operational till the company’s 2022 Annual General Meeting (AGM), will be for an aggregate amount of up to $4.3 billion. It’s worth noting that under this latest repurchase program, the shares will be traded on a second line on the SIX Swiss Exchange.

Notably, both these repurchase programs are in sync with the company’s strategy of rewarding shareholders with cash proceeds of $7.8 billion from the sale of its Power Grids business (divested in July 2020).

As communicated by ABB, its shareholders have also given the approval for cancelling 115 million shares, bought under its initial share repurchase program. Further, per its employee share plans, the company aims to buy a maximum of 35 million shares till the 2022 AGM.

It’s worth mentioning here that in April 2020, the company paid out dividends worth $1,758 million to shareholders.

ABB, with a $62.6-billion market capitalization, currently carries a Zacks Rank #2 (Buy). The company stands to benefit from its state-of-the-art digital offering — ABB Ability — technological expertise and strong market presence in the long run. Moreover, organic growth investments and diligent cost-cutting initiatives are likely to improve its competency over time.

In the past three months, the stock has rallied 11.5% compared with the industry’s growth of 8.8%. 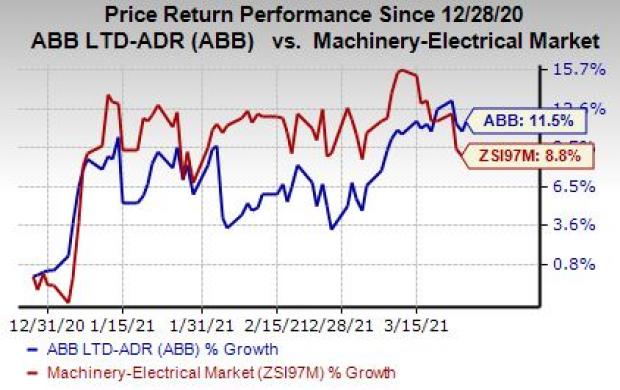 II-VI delivered a positive earnings surprise of 83.68%, on average, in the trailing four quarters.