Majority of the work related to the deal will be conducted in Jarfalla, Sweden. The work is expected to be completed by May 2022.

The current U.S. administration recently presented the President’s FY 2022 discretionary funding request for the Department of Defense to the Congress. The administration has asked for $753 billion in national security funding, reflecting an increase of 1.6% that includes $715 billion for the Defense Department. The request includes an increased focus on shipbuilding, which involves the recapitalization of the nation’s strategic ballistic missile submarine fleet. We expect such spending provisions to benefit shipbuilding significantly. Such solid budgetary allocations should enable Lockheed Martin in the future to procure more significant contracts related to combat ships, like the latest one.

Looking ahead, per Technavio, the global naval shipbuilding market is expected to witness a CAGR of 3% over the 2020-2024 period to reach $14.36 billion. This, in turn, should potentially boost the demand for various assault ships, including the LCS combat ships and the COMBATSS-21. Such projections are expected to benefit Lockheed Martin, going forward.

Other Major Shipbuilders to Benefit

Huntington Ingalls is already known to specialize in the manufacturing of amphibious assault and expeditionary ships and provide more than 70% of ships to the U.S. Navy. Likewise, General Dynamics' National Steel and Shipbuilding Company (NASSCO) has an extensive history of designing, building and repairing ships for the U.S. government and commercial customers.

In the past year, Lockheed Martin’s shares have gained 4.4% compared with the industry’s 24.8% growth. 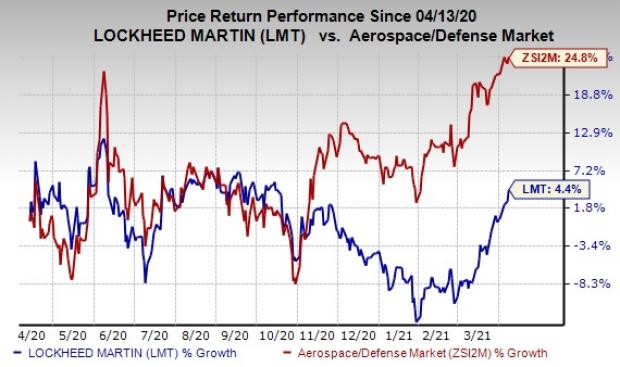