The block is located in the famous Song Hong basin, close to the major Ken Bau gas and condensates discovery. Last July, Eni stated the Ken Bau discovery had preliminary estimates of 7-9 trillion cubic feet of gas and 400-500 million barrels of associated condensate. Proximity to the Block 114 discovery and Block 116 can make the latest acquisition a game changer. The financial terms of the deal are yet to be disclosed.

The water depth of the recently acquired block ranges within 90-1,000 meters. It is spread across 7,382 square kilometers. The company already has operating stakes in five blocks in Song Hong and PhuKhanh basins, located offshore central Vietnam. The move is in line with Eni’s strategy of ramping up the natural gas portfolio in Asian Far East. Notably, it has been operational in Vietnam since 2013.

The company is strengthening the upstream portfolio, which incorporates assets from different parts of the world like Vietnam, Algeria, Mexico, Egypt, Norway, Angola and others. Its new light crude discovery in Block 15/06, offshore Angola, is estimated to have a reserve of 200-250 million barrels of oil. Eni’s exploration campaign offshore Angola, which led to multiple major discoveries, will significantly boost cash flows.

Eni’s shares have increased 54.4% in the past six months compared with 47.4% rise of the industry. 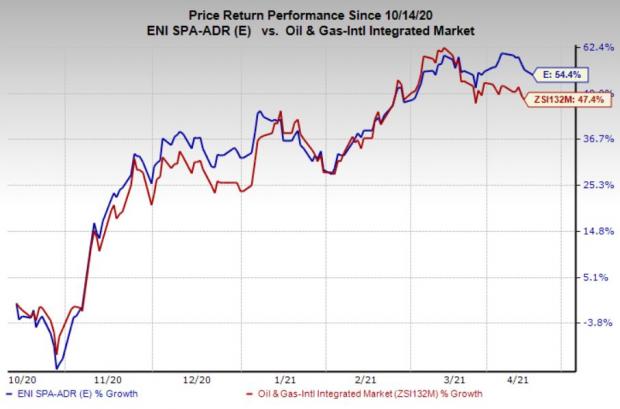 Demand for Nutrition Line to Drive Abbott (ABT) Q1 Earnings