The Sundance Wind Energy Center is part of the company’s North Central Wind project worth $2 billion, which on completion by 2022, will generate enough energy to power 440,000 homes.

Realizing the fact that clean energy holds key to future electricity generation, utilities including American Electric have been rapidly expanding renewable assets. The commencement of operations at the Sundance Wind Energy Center also affirms the fact.

Completion of North Central Wind Energy Facilities will help American Electric’s customers to save about $3 billion, net of costs, over 30 years.

Per the latest report by the American Clean Power Association, wind projects totaling 34,757 MW were under construction or in advanced development at December 2020-end. No doubt, this reflects solid opportunities of the U.S. wind market. With the Utility sector rapidly making a transition toward a cleaner environment, a handful of utilities like American Electric are also expanding their wind generation portfolio.

NextEra Energy (NEE - Free Report) is currently the world’s largest generator of renewable energy from the wind. As of Dec 31, 2020, the company operated a total wind generating capacity of 18,551 MW. During 2020-2021, it expects to bring online an additional 5,500 MW of clean, emission-free wind energy.

In the past year, shares of the company have gained 3.6% compared with the industry's 9.3% growth. 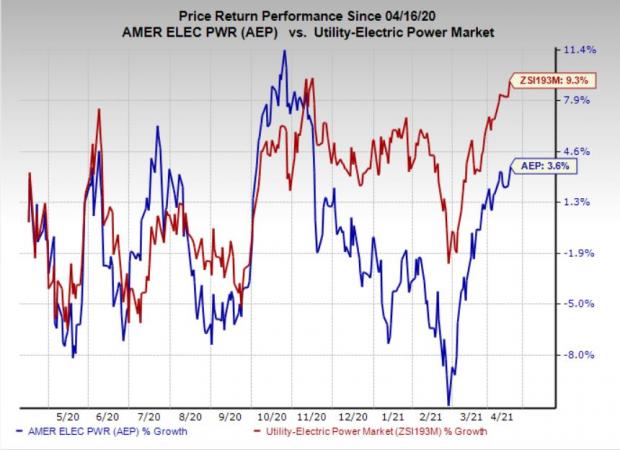