To promote this initiative, the company is also offering a limited time offer to earn an extra 2,000 Marriott Bonvoy bonus points. Notably, this requires members to link their accounts with at least one qualifying transaction by May 31.

With respect to the collaboration, David Flueck, senior vice president Global Loyalty, Marriott International, stated, "This tremendous relationship with Uber reflects our goal to engage members and enable them to earn and redeem points whether traveling or through everyday activities at home."

Throughout the pandemic, Marriott Bonvoy has been making it easier for members to earn and redeem points toward free nights at more than 7,600 properties located in 133 countries and territories across 30 brands. With nearly 150 million global members, the company’s loyalty program Marriott Bonvoy plays a supporting hand in its marketing strategies.

Notably, the company is focusing on non-hotel stay experiences such as Eat Around Town and Homes and Villas by Marriott International. Also, the company is engaging customers with promotional offers such as grocery and retail spending accelerators on its co-branded credit cards (American Express and Chase). Meanwhile, the company created offerings such as Fall for Travel and October Week of Wonders. Notably, the initiatives are likely to boost leisure demand and capture additional revenues going forward.

So far this year, shares of the company have gained 13.4% compared with the industry’s 12.9% growth 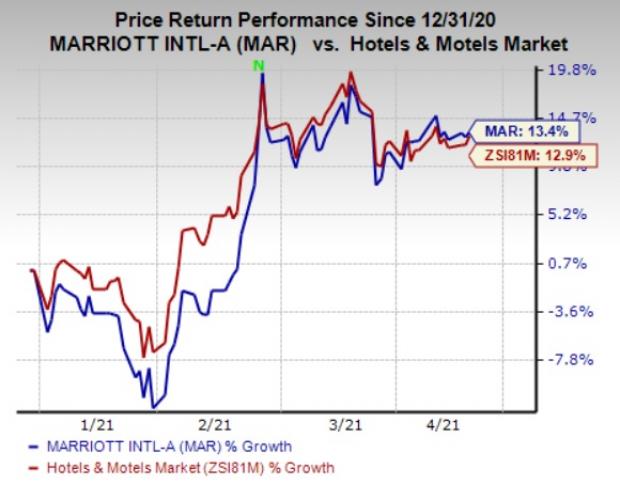 Bassett has three-five-year earnings per share growth rate of 16%.

Fox has a trailing four-quarter earnings surprise of 80.5%, on average.