Adjusted earnings (excluding 22 cents from non-recurring items) of 45 cents per share beat the Zacks Consensus Estimate by more than 100%. Moreover, the bottom-line also surged more than 100% on a year-over-year basis.

Net revenues of $2.03 billion beat the consensus estimate by 2.8% and increased 2.8% on a year-over-year basis. The upside was caused by organic net revenues increase of 1.9% and foreign currency translation was positive 1.5%. Total revenues of $2.26 billion declined 4.4% year over year.

So far this year, shares of Interpublic have gained 65.7% compared with 50.1% increase of the industry it belongs to. 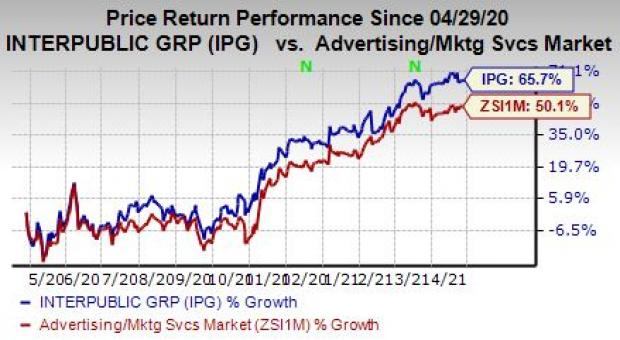