Avis Budget Group’s, Inc. (CAR - Free Report) incurred first-quarter 2021 loss (excluding $1.97 from non-recurring items) of 46 cents, narrower than the Zacks Consensus Estimate of a loss of $2.38. However, the bottom line increased 67.1% on a year-over-year basis. Moreover, disappointing bottom-line results failed to impress the market as the stock price has dropped 5.8% since the date of earnings release on May 3.

In the past year, shares of Avis Budget have surged 469.3% compared with 145.2% rise of the industry it belongs to. 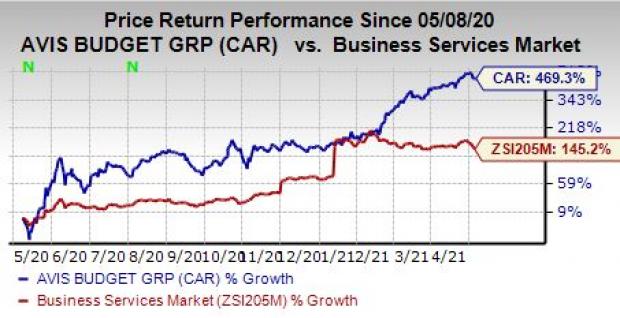 With macro-economic uncertainties still persisting and the travel industry suffering because of the same, Avis Budget did not provide any guidance. The company is looking forward to the rollout of the vaccine.

For 2021, the company is hopeful of controlling costs and improving the top line.