Quarterly adjusted earnings of 83 cents per share missed the consensus estimate by 10.8% and declined 26.5% on a year-over-year basis. Non-GAAP operating revenues of $379.8 million surpassed the consensus mark by 6.7% and increased 10% year over year.

Shares of the company have surged 22.6% in the past year compared with 11.3% rise of the industry it belongs to. 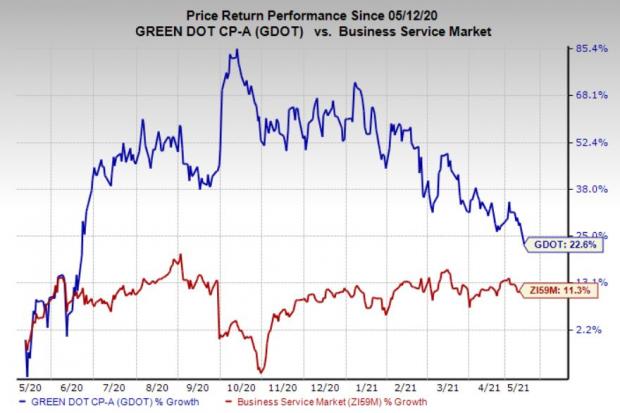 Green Dot exited the quarter with cash, cash equivalents balance of $2.7 billion compared with $1.5 billion witnessed at the end of the prior quarter. The company had no long-term debt. Green Dot generated $80.7 million of cash from operating activities and capex was $10.5   million.

Green Dot raised its 2021 revenue guidance. It now expects 2021 non-GAAP total operating revenues in the range of $1.27 to $ 1.29 billion, compared with the previous guidance of $1.23-$1.25 billion. The revised guidance range is below the current Zacks Consensus Estimate of $1.3 billion.

Here's Why it is Worth Investing in Barnes Group (B) Now