In an effort to tap the Asia market, which has been witnessing a surge in the number of billionaires, HSBC Holdings plc (HSBC - Free Report) has planned to hire more than 1,000 managers in its wealth management business in the region by the end of 2021. The news was first reported by South China Morning Post.

In the first quarter of 2021, Asia operations accounted for almost two-thirds of HSBC’s adjusted profit before tax in the wealth and personal banking business. Also, wealth business revenues in Asia increased 57% in first-quarter 2021.

Notably, in February, HSBC announced that the bank is on an expansion spree and that it plans to hire 5,000 wealth planners in Asia over the next five years. Along with this, the bank announced plans of injecting $3.5 billion worth of capital, of which approximately two-thirds will be used to bolster the bank’s distribution competencies via new hires and technology improvements.

Further, HSBC stated plans of shifting capital from the underperforming businesses in Europe and the United States to invest $6 billion in total in Asia over five years. The capital will mostly cater to amplify its wealth management business since management intends to target wealthy clients in mainland China, Hong Kong, Singapore and other parts of the region.

Greg Hingston, regional head of HSBC’s wealth and personal banking business, stated, “Our US$3.5 billion investments are under way, enabling us to deliver a robust start in Asia this year. We are seeing increased trading and investment activity from new and experienced investors on mobile and, with our relationship managers and wealth specialists, for more sophisticated needs.”

In order to provide family offices in Singapore with greater access to investment bankers in Asia, HSBC unveiled an independent asset managers’ desk. Also, in the first quarter, the bank set up an onshore private banking business in Thailand.

The company has also been contemplating to expand its footprint in mainland China. Last year, it initiated a digital-first, hybrid financial management platform — HSBC Pinnacle — in mainland China to bank on the increasing wealth in the region. The bank hired 200 wealth managers in Shanghai, Hangzhou and Shenzen in 2020, and now intends to add another 600 this year.

HSBC’s wealth is poised to benefit from the further integration between Hong Kong and other cities in the Greater Bay Area, including the intended Wealth Connect cross-border scheme. 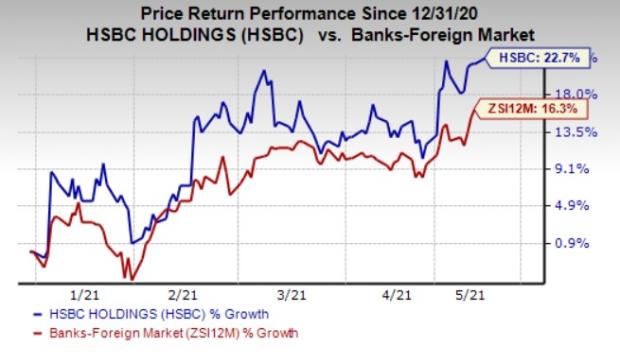