BP to Combine Its Angalo-Based Upstream Businesses With Eni

BP and Eni expect their combined efforts to ensure ample opportunities to enhance subsequent developments and operations in Angola. Notably, a business plan will be formed to enable the companies to grab opportunities in exploration, development and potential portfolio growth in the country and beyond.

The companies will assist the 50/50 joint venture, and will likely benefit from their capabilities and massive workforce. Heath, safety and environmental performance, project delivery and production efficiency will be the main areas of focus for the joint venture’s management. Moreover, the new venture will be self-funded and is expected to generate significant synergies, improve operational efficiencies as well as increase investment and growth in the basin.

The companies have informed the government of Angola of their intent and any final transaction will be subject to relevant governmental, regulatory and partner approvals. Notably, the initiative addresses both parties’ commitment to continue developing the upstream sector potential of Angola to form one of the largest energy companies in Africa. Oil and gas production from both portfolios is expected to reach nearly 200,000 barrels of oil equivalent per day.

Investors should note that despite having a strong presence in upstream activities, both companies are focusing more on their renewable energy businesses. Hence, they are now considering spinning off as a strategy to allocate additional capital toward their renewable businesses, while squeezing more from their oil and gas assets.

Shares of the company have outperformed the industry in the past six months. Its stock has gained 29.9% compared with the industry’s 22.5% growth. 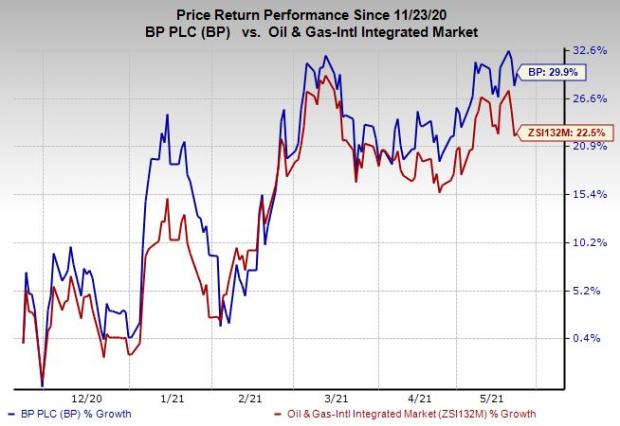 Over the past 60 days, the Zacks Consensus Estimate for Matador Resources’ 2021 earnings has been raised by 26.8%, whereas that for PetroChina has been increased by 193.5%.