National Australia Bank Limited (NABZY - Free Report) might have to face higher compliance costs as it is being investigated for potential serious and ongoing anti-money laundering and counter-terrorism law breaches. Per the Australian Transaction Reports and Analysis Centre (“AUSTRAC”), the bank’s problems were “potential serious and ongoing non-compliance” with customer identification procedures, customer due diligence and other compliance requirements.

While the financial crime regulator felt that there were “areas of serious concern,” which needed further investigation, it did not consider a civil penalty order at this stage.

AUSTRAC stated, “AUSTRAC's concerns emanate from historical and contemporary compliance assessments. In particular, the seriousness of self-disclosed matters presented to AUSTRAC over a prolonged period combined with the accompanying closure rates is concerning.”

Notably, now the investigation will be handled by AUSTRAC’s enforcement team.

National Australia Bank is ready to cooperate with the regulator. Its chief executive officer, Ross McEwan, stated, “NAB has an important role in monitoring and reporting suspicious activity and keeping Australia’s financial system, our bank and our customers safe. We are very aware that we need to further improve our performance in relation to these matters. We have been working to improve and clearly have more to do.”

So far this year, shares of National Australia Bank have gained 22.9% compared with 23.4% growth recorded by the industry it belongs to. 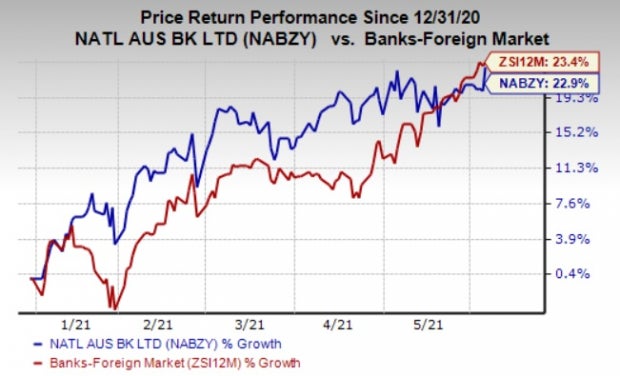 Several banks continue to encounter legal probes and are charged with huge sums of money for business malpractice. Recently, Deutsche Bank AG (DB - Free Report) was privately reprimanded by the Federal Reserve to improve its anti-money laundering controls and other compliance procedures, as the bank has been persistently failing in paying heed to several pacts with U.S. regulators.