AT&T Inc. (T - Free Report) has announced the expansion of the FirstNet network that will augment the wireless communications of Northern Minnesota’s first responders.

FirstNet is built with AT&T in a public-private partnership with the FirstNet Authority — an independent agency within the federal government.

FirstNet is a nationwide, high-speed wireless broadband network that is dedicated to public safety. It allows first responders, emergency personnel and other essential workers to communicate during an emergency.

AT&T has added a new, purpose-built cell site (primarily powered by solar) located on the Echo Trail northwest of Ely near Meander Lake and Lake Jeanette State Forest. This FirstNet site will provide coverage, along the Echo Trail, and give first responders priority access to voice and data.

AT&T is rolling out a high-quality spectrum, Band 14, to extend the reach of FirstNet to give agencies reliable connectivity. The FirstNet Authority granted AT&T the right to use Band 14 specifically to support public safety subscribers.

This new infrastructure will also help improve the overall coverage for AT&T’s wireless customers in the region. The company is increasingly focusing on its customer-centric business model to attract and retain customers. 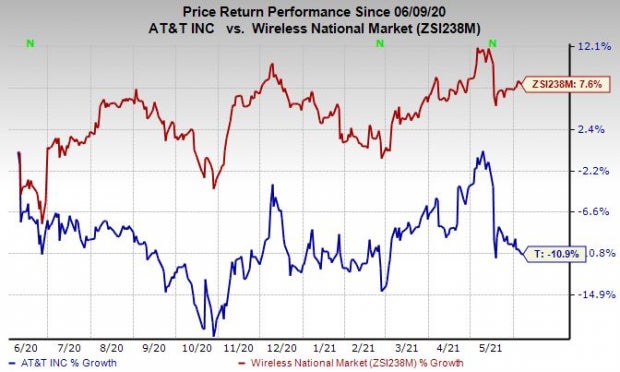 Cambium delivered a trailing four-quarter earnings surprise of 46.5%, on average.

Cogent delivered a trailing four-quarter earnings surprise of 29%, on average.

Vicor delivered a trailing four-quarter earnings surprise of 80.6%, on average.

Here's Why You Should Hold on to FTI Consulting (FCN) Stock