General Electric Company (GE - Free Report) yesterday priced its tender offer to purchase the U.S. dollar-denominated notes for cash. The tender is valid for three sets of securities, with upsizing in purchase targets announced for the second and third sets.

Notably, the offering was announced originally on May 24 and is expected to expire on Jun 21, 2021. The action will help the company to lower its debt position.

It is worth noting here that General Electric’s shares have declined 0.1% yesterday, ending the trading session at $13.90.

As noted, the tender offer is valid for three sets of securities, issued by either General Electric or General Electric Capital Corporation (or GE Capital, which primarily offers financial services across various businesses). The principal amount of the securities in the three sets is $1,000, while their pricing has been discussed below. Securities purchased by the company will be retired and canceled.

General Electric currently has a market capitalization of $122.1 billion and a Zacks Rank #3 (Hold). Solid liquidity position, portfolio-restructuring measures and actions to lower debts are expected to aid the company in the quarters ahead. However, the market-related challenges in the aviation business are concerning for the company.

In the past three months, the conglomerate’s shares have gained 4.9% as compared with the industry’s growth of 8.9%. 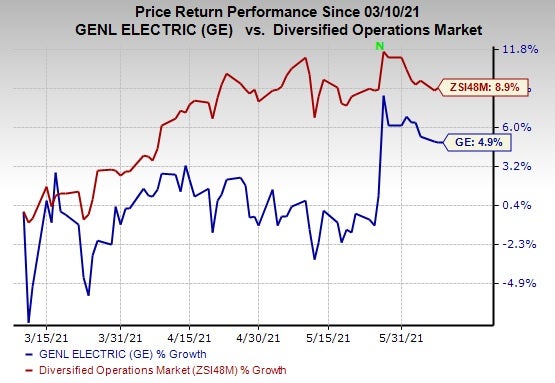 In the past 60 days, earnings estimates for the companies have improved for the current year. Also, earnings surprise for the last reported quarter was 116.18% for Carlisle, 50.00% for Griffon and 26.72% for Crane.