Exxon Mobil Corporation (XOM - Free Report) will start hiring temporary workers at its Beaumont refinery in Texas, months after a lockout of 650 workers at the facility, reported Reuters.

In April 2021, the company issued a lockout notice to ensure that it has control of the facility in case of a strike. Exxon mentioned that workers will be locked out of their jobs at the refinery if the union fails to bring its contract proposal to a membership vote.

On May 1, Exxon locked the union-represented workers out of their jobs due to the expiration of the labor contract as a consequence of no voting. The lockout decision was a result of the union’s refusal to accept the contract proposals and to avoid the risk of a strike.

Per the USW, Exxon's proposal needed its members to give up their long-term seniority rights and would create a separate contract for workers. However, the company's demand for revising seniority rules was opposed by refinery workers as they claimed that the decision would affect their job stability.

Notably, temporary workers at the refinery, which are called contractor operators, will help the company to maintain headcount and operate the facility successfully.

Shares of the company have outperformed the industry in the past six months. The stock has gained 23.1% compared with the industry’s 10.4% growth. 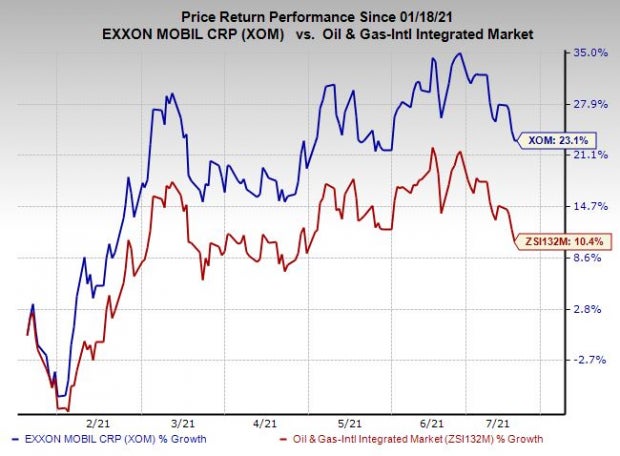 Baker Hughes’ earnings for 2021 are expected to increase 54.5% year over year.

Halliburton’s earnings for 2021 are expected to rise 49.3% year over year.