Equinor ASA (EQNR - Free Report) recently announced that it has submitted a bid in offshore wind leasing round in Scotland, named ScotWind. The company expects to win large floating offshore wind projects, as almost half of the locations are eligible for such operations.

Bidding in ScotWind is in line with Equinor’s plan of increasing footprint across the United Kingdom. Also, it intends to keep developing its North Sea offshore wind cluster. The company has experience in similar projects in the region. Its Hywind Scotland farm at offshore Northeast Scotland, which commenced in 2017, was a milestone in renewable sources. The company expects the development of wind clusters at scale to deliver long-term value for shareholders.

It is currently providing power to 750,000 homes in the United Kingdom, which is being generated from three offshore wind farms. It further intends to bring Hywind Tampen online next year, which is now under construction. Equinor expects to help the Scottish Government reach its ambitious target of reaching net-zero emissions by 2045. The government intends to create offshore wind capacity of 11 gigawatts by 2030.

Shares of the company have gained 24.9% compared with the industry’s 22.4% growth in the past year. 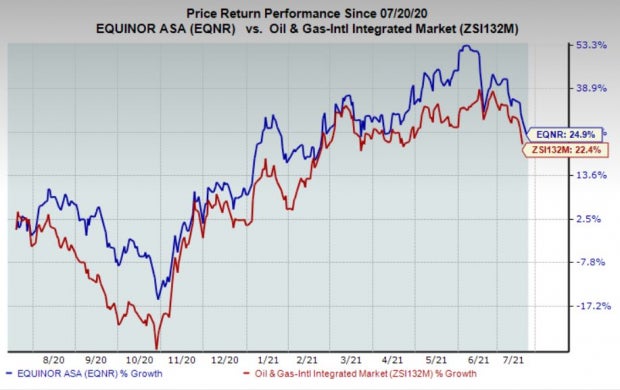 Magellan Midstream’s bottom line for 2021 is expected to rise 7.2% year over year.