Per the agreement, the shipment is expected to have been delivered at the Energía Costa Azul (“ECA”) terminal of Mexico on Jul 16, 2021. Notably, Energia Costa Azul is a joint venture between IEnova and Sempra LNG, a subsidiary of Sempra Energy. This is the first delivery under BP’s new offer and Sempra LNG’s first carbon offset LNG cargo import to Mexico.

The carbon dioxide (CO2) and methane emissions related to the cargo were estimated with the help of BP’s greenhouse gas (“GHG”) quantification methodology for LNG. Per the terms of the deal, the estimated emissions were neutralized by retiring an equivalent amount of carbon credits supplied from BP’s afforestation project in Mexico.

The agreement represents an important step for BP as it seeks to remain one of the leading and advanced LNG suppliers in the world. The development of carbon offset LNG is an important move to meet the rising energy demand globally, while reducing the carbon intensity of the energy products consumed.

Shares of the company have underperformed the industry in the past six months. Its stock has declined 3.9% against the industry’s 8.1% growth. 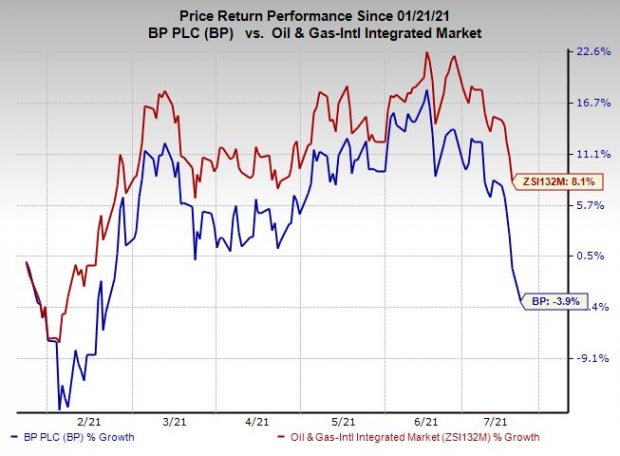