So far this year, the stock has gained 23.5% compared with 26.8% increase of the industry it belongs to. 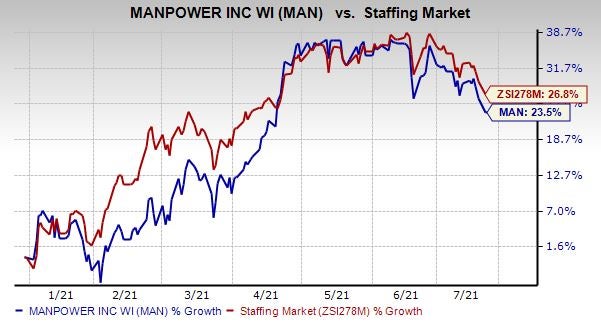 The company incurred operating profit of $169.9 million against loss of $50 million in the year-ago quarter.

The company generated $54.5 million of cash from operating activities in the quarter, while Capex was $11.9 million.

ManpowerGroup expects third-quarter 2021 earnings between $1.86 and $1.94 per share. The Zacks Consensus Estimate of $1.74 lies below the guidance.