The acquisition involves three operational wind farms and a wind farm under construction in the central/northern area of the country, with a total capacity of 230 megawatts (“MW”). Additionally, it involves 1 GW of five large solar projects, which are in advanced stages of development.

Eni and private equity manager Azora will collaborate to ensure that the facilities, which are currently under construction, commence production by 2024. The companies are aiming for a broader agreement to expand Eni’s renewable energy business in Spain. The agreement is part of Eni’s strategy to increase its presence in the Spain market.

In a separate transaction, Eni gas e luce acquired the Dhamma Energy Group from the relevant founding partners. Dhamma’s asset portfolio includes solar projects for almost 3 GW in France and Spain, which are at various stages of development. It also includes 120 MW plants in France, which are already in operation or advanced development stages.

Investors have been expressing their concerns about sustainability for several decades. But not until recently have they transformed their words into action by suing companies for not doing enough to reduce emissions and prevent climate change. The pressure to reduce emissions is forcing major oil companies to transform their businesses. Hence, Eni, like its European peers, is directing its investments into renewable energy.

Eni gas e luce already has a strong presence and a significant customer base in France. The transaction will help enhance its renewable power generation capacity and its integration in the retail activities at the markets in France and Spain.

Shares of the company have underperformed the industry in the past six months. Its shares have gained 17.1% compared with the industry’s 19.2% growth. 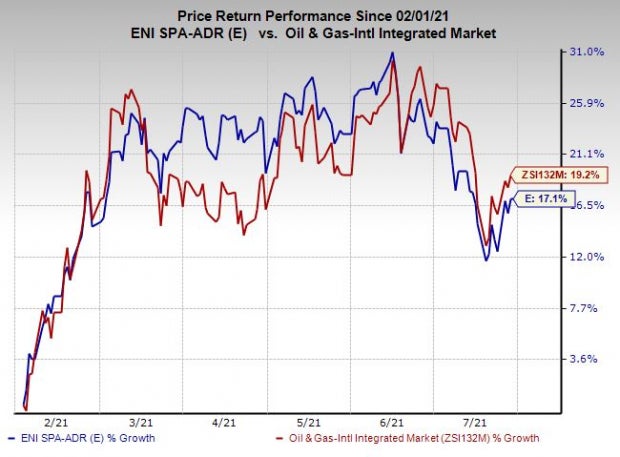 Over the past 60 days, the Zacks Consensus Estimate for ConocoPhillips’ 2021 earnings has been raised by 38.6%.