Adjusted earnings per share of $1.19 outpaced the Zacks Consensus Estimate by 52.6% and increased more than 100% year over year. Total revenues of $926.45 million beat the consensus mark by 9.6% and grew 30.5% year over year due to the unprecedented market conditions.

So far this year, shares of Clean Harbors have gained 30%, outperforming the 8% surge of the industry it belongs to. 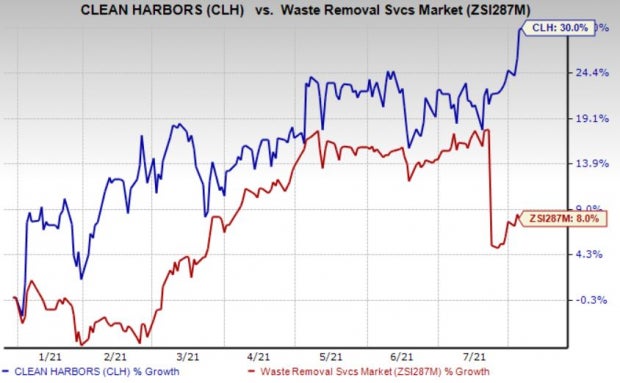 Environmental Services revenues of $724.09 million grew 18.2% year over year. The uptick was backed by growth in disposal and recycling volumes, surge in Industrial Services activity, demand for incineration network and improvement in landfill business.

Safety-Kleen Sustainability Solutions revenues of $202.28 million grew more than 100% year over year. The uptick was backed by the combination of the company’s waste oil collection with its Safety-Kleen Oil business.

The company generated $162.43 million in net cash from operating activities in the reported quarter. Adjusted free cash flow was $114.63 million.