ConocoPhillips’ (COP - Free Report) affiliate Solaris Midstream Holdings is gearing up for an initial public offering (IPO), per Reuters. The company supplies water for oil and gas fracking operations in the United States and expects to attract investors who are supporting sustainability in the hydrocarbon spectrum.

In 2019, Concho Resources divested some water assets to Solaris and acquired a 20% stake in the company in return. Later, ConocoPhillips bought Concho Resources in an all-stock transaction valued at around $9.7 billion. This March, Solaris issued a $400 million sustainability-related bond, the proceeds of which were used to redeem preferred equity held by upstream giant ConocoPhillips and refinance debt. ConocoPhillips has a 30% interest in Solaris, per Reuters.

According to the sources that got in touch with Reuters, the water pipeline company filed for an IPO in New York, which can value the company at more than $1 billion. It hopes to receive listing before year-end and attract environment-minded investors. Environmental groups raise concerns over the process of fracking as it can contaminate fresh water sources. Solaris intends to woo them with its water treating and recycling capacity.

The company — which has operations in New Mexico and Texas — foresees an environment-friendly fracking process with the usage of recycled used water. By 2022, it expects 60% of the water it supplies for fracking to be recycled, signaling an increase from 42.1% last year. Furthermore, by 2030, almost all of its water supply is expected to be recycled. This will reduce the consumption of fresh water in fracking and chances of contamination.

The upstream company’s shares have jumped 38.5% in the year-to-date period. 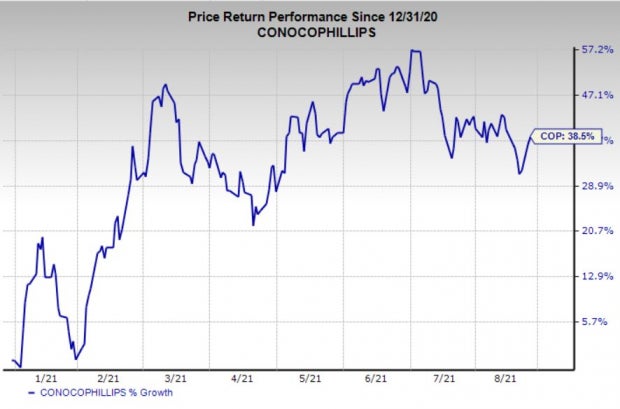 Hess Midstream’s bottom line for 2021 is expected to increase 19.1% year over year.

The Zacks Consensus Estimate for Range Resources’ earnings for 2021 is pegged at $1.53 per share, indicating a massive improvement from the year-ago loss of 9 cents.

The consensus estimate for Cheniere’s earnings for 2021 is pegged at $2.80 per share, signaling a major improvement from the year-ago loss of 34 cents.