The company, through its subsidiary Shell Offshore Inc., carried out an initial flyover of its assets along the storm’s path to determine its impact. During the initial flyover, the company observed damage to the West Delta-143 offshore facilities in the U.S. Gulf of Mexico. The WD-143 platform is owned by Shell Offshore, with a 71.5% interest, while BP plc (BP - Free Report) owns the rest.

The WD-143 facilities operate as the transfer station for all production from the company’s holdings in the Mars corridor in the Mississippi Canyon area to onshore crude terminals. The Mars corridor involves the Mars, Olympus and Ursa platforms, which are operated by Shell. The fixed WD-143 platform is placed in a water depth of 370 feet, wherein several undersea oil pipelines meet.

Shell mentioned that its Perdido asset in the southwestern Gulf of Mexico was unaffected by the hurricane. The company’s Turritella floating production, storage, and offloading vessel were also undisrupted by the storm, and is currently in motion again. Apart from these, most of Shell’s oil and gas production assets in the U.S. Gulf of Mexico remains offline. Shell did not observe any visible structural damage to the rest of its offshore assets during the initial flight.

After ensuring safety, Shell intends to send workers to the offshore facility to conduct thorough investigations for evaluating the full impact of the damage and the extent to which production will likely be impacted. The full effects of the storm on the systems and a timeframe for a safe restart are currently in assessment.

Shell is one of the primary oil majors — a group of U.S. and Europe-based big energy multinationals. The company is fully integrated, as it participates in every aspect related to energy, from oil production to refining and marketing.

Shares of the company have outperformed the industry in the past three months. The stock has gained 0.4% against the industry’s 4.7% fall. 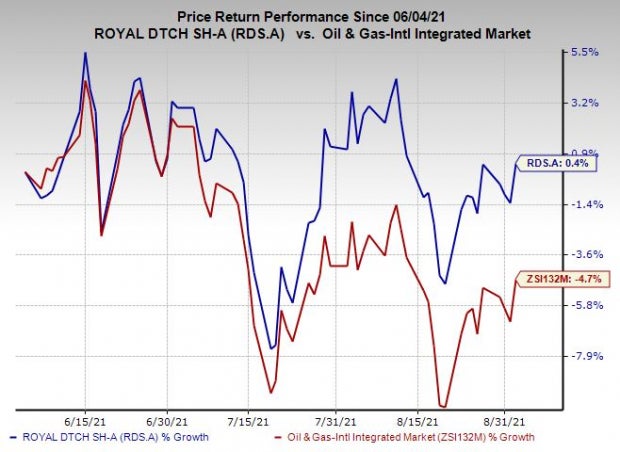 PHX Mineral’s earnings for 2021 are expected to increase 36.1% year over year.