General Motors (GM) to Manufacture HD Suburban for US Government

General Motors’ (GM - Free Report) subsidiary, GM Defense LLC, has been awarded a $36.4-million contract by the U.S. Department of State to develop next-generation Large Support Utility Commercial Vehicles (SUV) for the department’s Diplomatic Security Service (“DSS”). Per the contract, GM Defense will design a purpose-built Heavy-Duty (HD) Suburban and build 10 vehicles over the next two years. The vehicles will be delivered in two phases, the first one planned for next spring. Another production contract to build a fleet of 200 HD Suburban vehicles per year for nine years will be underway once the present contract is completed in or around May 2023.

General Motors' commercial vehicle architecture will be an advantage for GM Defense while designing the purpose-built HD Suburban. The vehicle model will feature a new and unique body-on-frame chassis and suspension, designed to support increased government vehicle performance requirements. The company will use advanced manufacturing tools and techniques to reduce overall costs and provide flexibility for future needs.

GM Defense noted that it is excited to partner with the U.S. Department of State to develop the new pioneering model. The Chevrolet Suburban has been an exemplary model since 1935 and the development contract award for the purpose-built HD Suburban is a testimony to the company’s legacy of going beyond the existing transportation capabilities to deliver breakthrough products.

The present contract is another feather in the company’s cap after the U.S. Army awarded GM Defense its first major contract of $214.3 million a year ago to build the Infantry Squad Vehicle.

Shares of General Motors have risen 63% over a year, outperforming the industry’s 28% rally. 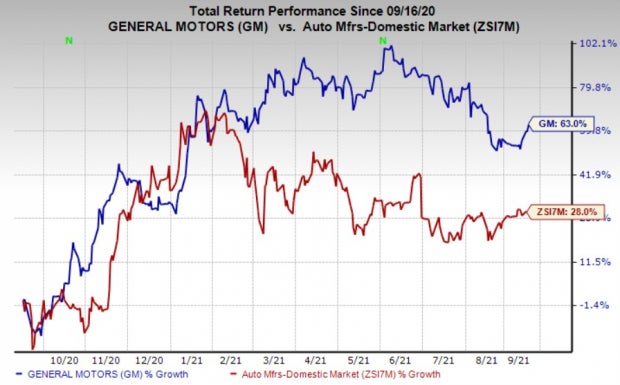