ZEEL is a media and entertainment powerhouse that offers content to diverse audiences. It has a presence in more than 173 countries and a reach of 1.3 billion people globally.

The term sheet provides an exclusive negotiation period of 90 days during which SPNI and ZEEL will conduct mutual diligence and negotiate binding agreements.

The combined company would be publicly listed in India. It would be better positioned to lead the consumer transition from traditional pay TV into the digital future.

SPNI reaches out to more than 700 million viewers in India and is available in 167 countries. Sony’s shares have gained 45.4% in the past year compared with the industry’s growth of 42.8%. 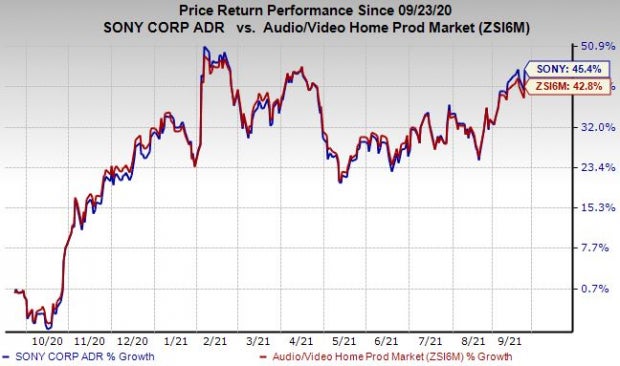 The merger of India’s two leading media network businesses would benefit consumers across content categories. All stakeholders are expected to benefit from this combination, provided the synergies play out well.

Per the term sheet, Sony Pictures Entertainment, which is the parent company of SPNI, would invest capital so that the latter has a cash balance of about $1.575 billion. The amount would be used to enhance the company’s digital platforms across technology and content, ability to bid for broadcasting rights in the fast-growing sports landscape, and pursue other growth opportunities.

Sony Pictures Entertainment would hold a majority stake in the company. ZEEL’s current managing director and chief executive officer, Punit Goenka, would lead it. The company’s board of directors would include directors nominated by Sony Group, which would have the right to nominate the majority of the board members.

The final transaction is subject to completion of customary due diligence, and negotiation and execution of binding agreements. It also requires regulatory and third-party approvals, including ZEEL shareholder vote.

Sony’s Pictures segment is witnessing an increase in sales for media networks and motion pictures along with higher advertising and subscription revenues.

Sonos delivered a trailing four-quarter earnings surprise of 297.3%, on average.

Academy Sports pulled off a trailing four-quarter earnings surprise of 91%, on average.

Panasonic delivered a trailing four-quarter earnings surprise of 80.1%, on average.