Equinor (EQNR) Gets Permission to Increase Gas Exports to Europe

In June, Equinor took an initiative to determine and develop concepts to increase production and exports to the Europe market. This resulted in the enhanced production permits from the Ministry of Petroleum and Energy for both fields.

About half of the gas is still unutilized even after 25 years of exports from Troll. To further develop the area, Equinor completed the Troll phase 3 project, which is estimated to have recoverable reserves of 347 bcm of gas. The total recoverable gas volume remaining in Troll is estimated to be 715 bcm.

The production permits will enable Equinor to produce more gas from the fields to supply the tight Europe market. The company is working to increase exports from its fields on the Norwegian Continental Shelf.

Shares of the company have outperformed the industry in the past six months. Its stock has gained 23.7% compared with the industry’s 3.4% growth.2 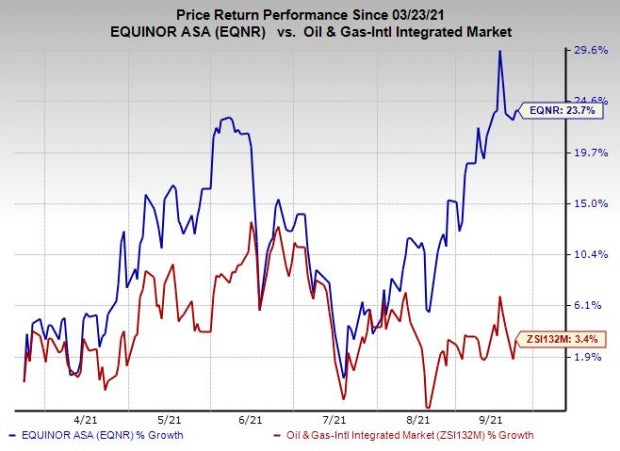 The company currently has a Zack Rank #3 (Hold). You can see the complete list of today’s Zacks #1 Rank (Strong Buy) stocks here.