Should You Buy Brooks Automation (BRKS) After Golden Cross?

Brooks Automation, Inc. (BRKS - Free Report) reached a significant support level, and could be a good pick for investors from a technical perspective. Recently, BRKS's 50-day simple moving average broke out above its 200-day moving average; this is known as a "golden cross."

Shares of BRKS have been moving higher over the past four weeks, up 32.8%. Plus, the company is currently a #2 (Buy) on the Zacks Rank, suggesting that BRKS could be poised for a breakout.

Looking at BRKS's earnings expectations, investors will be even more convinced of the bullish uptrend. For the current quarter, there have been 4 changes higher compared to none lower over the past 60 days, and the Zacks Consensus Estimate has moved up as well. 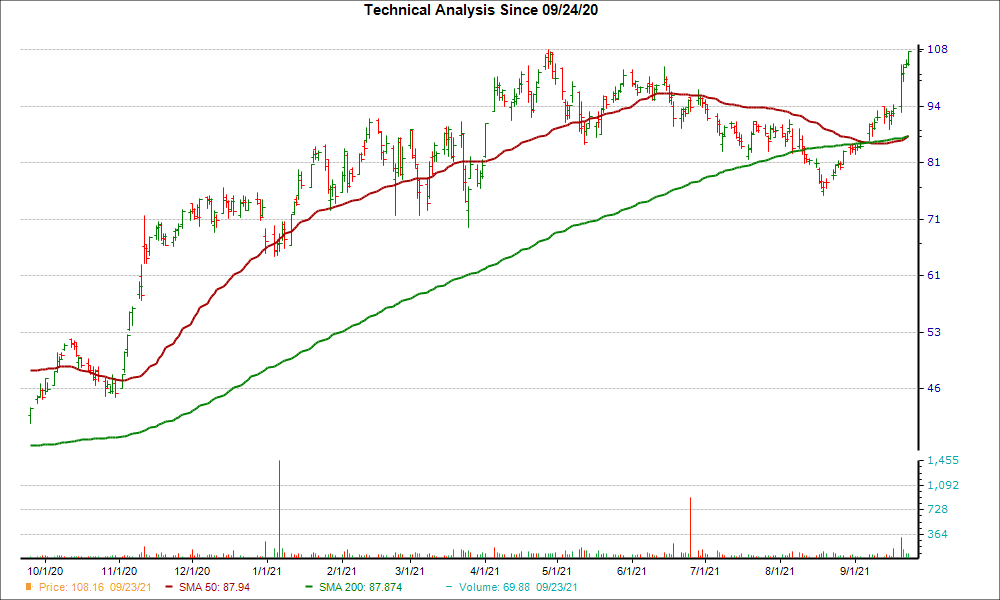 Given this move in earnings estimates and the positive technical factor, investors may want to keep their eye on BRKS for more gains in the near future.

Knight-Swift Transportation Holdings (KNX) is a Top-Ranked Momentum Stock: Should You Buy?