Due to mounting pressure from investors to reduce emissions, energy companies have established various targets to increase renewable capacity and improve energy efficiency. Repsol was one of the early movers in this regard and possibly the first energy company to announce its non-binding plan to achieve carbon neutrality by 2050. The Spanish firm has now set targets to accelerate its transformation plan.

The company will invest an additional €1 billion for low-carbon projects between 2021 and 2025 compared with its previously planned €5.5 billion. This will lead to the total spending of up to €19.3 billion. Thus, low-carbon investments will comprise 35% of the company’s total spending for the 2021-2025 period. The additional investment will also support Repsol’s production of renewable hydrogen and other low-carbon initiatives.

The new targets are expected to help Repsol reach its planned emission reduction faster. The company announced its first-ever absolute emission-reduction target, with an aim to reduce operational emissions by 55% by 2030. Beside this, Repsol aims to reduce net emissions by 30% from all products, including those used by customers.

The boost in Repsol’s renewable targets reflects the significant progress it is making toward carbon-neutrality. The advances in technology and project execution are enabling the company to upgrade its carbon intensity reduction targets.

Shares of the company have outperformed the industry in the past three months. The stock has gained 15.1% compared with the industry’s 8% growth. 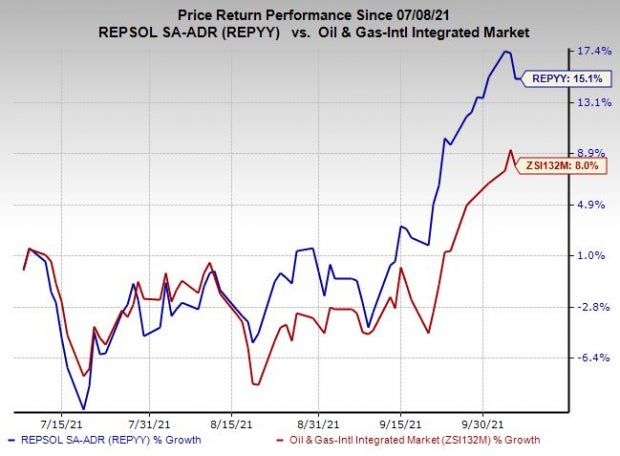 Schlumberger’s earnings for 2021 are expected to increase 45.4% year over year.

Is Sony Corporation (SONY) a Suitable Pick for Value Investors?