Valued at $131.7 million, the contract is projected to get completed in October 2022. The majority of the work related to the deal will be executed in Atlanta, GA.

The contract will serve the U.S. Navy, the government of Australia, and Foreign Military Sales customers.

The P-8A Poseidon, a multi-mission maritime patrol aircraft, can perform anti-submarine and anti-surface warfare, intelligence, surveillance and reconnaissance, and search and rescue missions. Seven nations across the globe have selected the P-8A as their future maritime patrol aircraft including South Korea and New Zealand. In February 2020, Britain’s Royal Air Force (RAF) received its first P-8A aircraft, whereas in March 2021, Boeing won a $1.6 billion contract for the production and delivery of 11 P-8A jets to the U.S. Navy and the government of Australia.

Last month, the company won another contract worth $757 million for the production and delivery of 12 P-8A jets to Germany. Such frequent contract inflows, including the latest one, indicate the global demand that this jet model enjoys.

Of the varied defense equipment that Boeing manufactures, the company’s strength lies in the development of combat-proven aircraft such as the P-8A Poseidon. Additionally, Boeing started developing military aerial refueling and strategic transport aircraft for its fixed-wing military aircraft programs. Such notable developments are anticipated to fuel this aerospace giant’s growth, considering the increasing defense spending provisions made by the current U.S. administration. 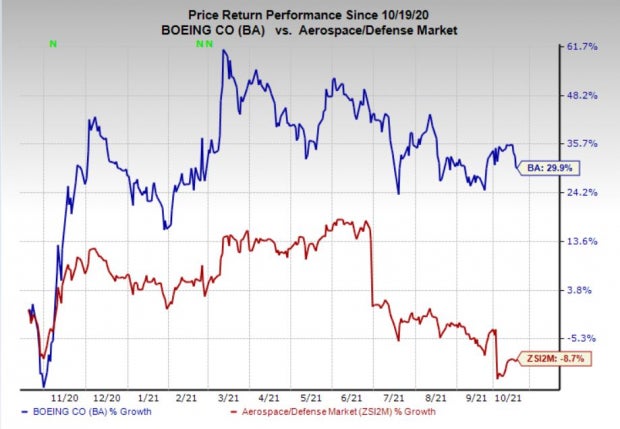