Dick's Sporting Goods (DKS - Free Report) reached a significant support level, and could be a good pick for investors from a technical perspective. Recently, DKS broke through the 50-day moving average, which suggests a short-term bullish trend.

One of the three major moving averages, the 50-day simple moving average is commonly used by traders and analysts to determine support or resistance levels for different types of securities. However, the 50-day is considered to be more important since it's the first marker of an up or down trend. 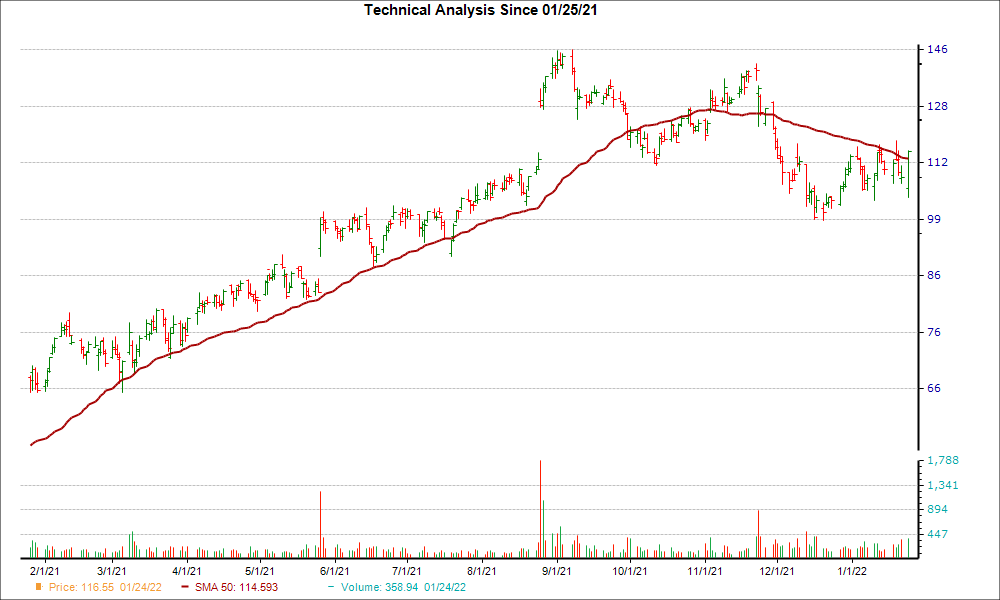 DKS could be on the verge of another rally after moving 11.9% higher over the last four weeks. Plus, the company is currently a Zacks Rank #3 (Hold) stock.

Once investors consider DKS's positive earnings estimate revisions, the bullish case only solidifies. No estimate has gone lower in the past two months for the current fiscal year, compared to 4 higher, and the consensus estimate has increased as well.

Investors should think about putting DKS on their watchlist given the ultra-important technical indicator and positive move in earnings estimate revisions.