GoDaddy (GDDY - Free Report) is looking like an interesting pick from a technical perspective, as the company reached a key level of support. Recently, GDDY broke out above the 50-day moving average, suggesting a short-term bullish trend.

The 50-day simple moving average, which is one of three major moving averages, is widely used by traders and analysts to establish support and resistance levels for a range of securities. Because it's the first sign of an up or down trend, the 50-day is considered to be more important. 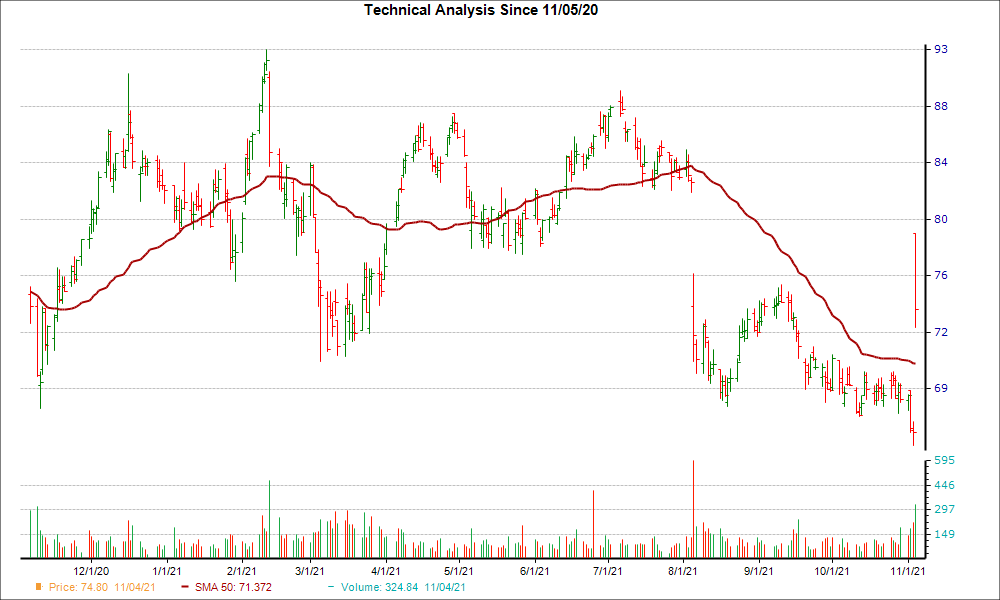 Shares of GDDY have been moving higher over the past four weeks, up 6.8%. Plus, the company is currently a Zacks Rank #3 (Hold) stock, suggesting that GDDY could be poised for a continued surge.

Once investors consider GDDY's positive earnings estimate revisions, the bullish case only solidifies. No estimate has gone lower in the past two months for the current fiscal year, compared to 3 higher, and the consensus estimate has increased as well.

Investors should think about putting GDDY on their watchlist given the ultra-important technical indicator and positive move in earnings estimate revisions.

ICICI Bank Limited (IBN) is a Top-Ranked Value Stock: Should You Buy?