Telefónica, S.A. (TEF - Free Report) has inked an agreement with local labor unions in Spain to retrench about 15% of its domestic workforce. The strategic decision is aimed  at reducing operating costs, lowering debt and improving cash flow for extensive 5G deployment and upgrade of existing network infrastructure.

The company is reportedly the third-largest telecom firm in Europe with a global employee count of approximately 114,000. Telefonica will cut about 2,700 jobs from an estimated workforce of 18,500 in Spain. The voluntary severance package is likely to yield annual savings of more than 230 million euros from 2023. In addition, it is likely to generate positive cash flow in 2022 as the employees exit during the first quarter.

Earlier, Telefonica had divested its non-core mobile phone masts in Europe and Latin America to U.S.-based telecom infrastructure operator American Tower Corporation for about 7.7 billion euros ($9.41 billion) in order to reduce its huge debt burden. The carrier sold 30,700 tower sites across Spain, Germany, Brazil, Peru, Chile and Argentina to de-lever its balance sheet. At a time when most European firms are aiming to consolidate their position in the market for aggressive 5G rollouts, the company took a seemingly divergent path in a concerted effort to improve its liquidity.

Telefonica has a debt-laden balance sheet. As of Sep 30, 2021, the company had $11,346.6 million in cash and cash equivalents with $41,938.6 million of long-term debt. The company is experiencing a significant impact from the COVID-19 pandemic, with pressure across the Group’s markets in both its B2C and B2B segments. Telefonica has classified its operations across Latin America (excluding Brazil) as non-core, given the challenging market conditions across these markets and their declining contribution to revenues and profitability in recent years.

The carrier has adopted a multi-vendor strategy by collaborating with Nokia Corporation (NOK - Free Report) and Ericsson (ERIC - Free Report) to establish its 5G infrastructure in Spain. The company’s 5G network provides almost 80% of the population with advanced mobile Internet services, streamlining the entire communications infrastructure of the country. In recent years, Telefonica has invested heavily in the deployment and transformation of its network to provide excellent connectivity in all its dimensions, capacity, speed, coverage, and security.

Nokia has been Telefonica’s preferred vendor since 2018 and has supported its 5G strategy with trials in the historical city of Segovia in central Spain. The telecommunications equipment provider undertook several initiatives to ascertain the capabilities of the carrier and enable local citizens and businesses to realize the potential benefits of high-speed 5G data services.

Ericsson, being one of the premier telecom service providers, is much in demand among operators to expand network coverage and upgrade networks for higher speed and capacity. Telefonica recently secured 5G telecommunications equipment from Ericsson to replace the existing gear of China-based Huawei used for 5G rollout across Spain.

Shares of the company have gained 8.5% in the past year compared with the industry’s rise of 6.3%. We remain impressed with the inherent growth potential of this Zacks Rank #3 (Hold) stock. 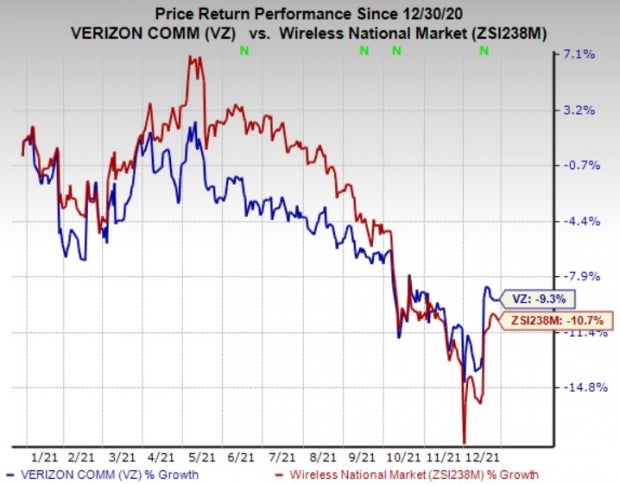 Clearfield delivered an earnings surprise of 50.8%, on average, in the trailing four quarters. Earnings estimates for the current year for the stock have moved up 68.2% since January 2021. Over the past year, Clearfield has gained a solid 236.1%.

A. O. Smith (AOS) Gains From Business Strength Amid Risks