Being a biopharmaceutical company with a broad portfolio of novel drugs in its pipeline, Idorsia is currently aiming to use Vault CDMS for all new trials.

The growing adoption of Veeva Systems’ applications is expected to provide a significant boost to the company’s Veeva Vault Clinical suite, a component of the broader Veeva Development Cloud product line of the company’s Life Sciences segment.

Significance of the Adoption

Veeva Systems’ Vault CDMS provides an advanced cloud application suite that is expected to enable Idorsia to expedite its study builds and speed up trial execution. Idorsia’s management believes that the partnership with Veeva Systems will provide greater speed and agility to its clinical trials, given the growing complexity of trial design and rise of clinical data sources.

Per Veeva Systems’ management, the adoption of its cloud application suite will likely support Idorsia’s clinical systems strategy with modern applications that can match up with the pace and complexity of present-day studies.

Per a report by Marketsandresearch.biz, the global clinical data management system market was estimated to be $1574.8 million in 2021 and is projected to reach $4294.1 million by 2028 at a CAGR of 15.4%. Factors like a surge in clinical trials, a flourishing healthcare industry and increasing research collaborations and partnerships are expected to drive the market.

Given the market potential, growing adoption of the company’s applications is expected to strengthen its position in the global cloud application space.

In December 2021, Veeva Systems’ Veeva Data Cloud was adopted by hematology/oncology therapy developer, PharmaEssentia. The adoption is aimed at supporting the launch of PharmaEssentia’s BESREMi — a latest therapy for polycythemia vera, a rare type of blood cancer. 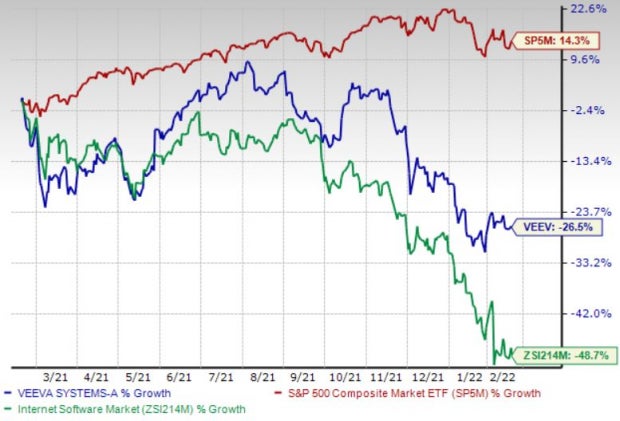 Baxter, having a Zacks Rank #2 (Buy), has an estimated long-term growth rate of 9.5%. BAX’s earnings surpassed estimates in the trailing four quarters, the average surprise being 10.2%. You can see the complete list of today’s Zacks #1 Rank (Strong Buy) stocks here.

Allscripts has an estimated long-term growth rate of 11.1%. MDRX’s earnings surpassed estimates in the trailing four quarters, the average surprise being 34.1%. It currently carries a Zacks Rank #2.

Allscripts has gained 26.1% against the industry’s 53.5% fall over the past year.

AMN Healthcare has an estimated long-term growth rate of 16.2%. AMN’s earnings surpassed estimates in the trailing four quarters, the average surprise being 19.5%. It currently has a Zacks Rank #2.

AMN Healthcare has gained 28.2% against the industry’s 58.5% fall over the past year.

Will Williams (WMB) Deliver a Beat This Earnings Season?