Bears are Losing Control Over Adtran (ADTN), Here's Why It's a 'Buy' Now

Shares of Adtran (ADTN - Free Report) have been struggling lately and have lost 5% over the past two weeks. However, a hammer chart pattern was formed in its last trading session, which could mean that the stock found support with bulls being able to counteract the bears. So, it could witness a trend reversal down the road.

The formation of a hammer pattern is considered a technical indication of nearing a bottom with likely subsiding of selling pressure. But this is not the only factor that makes a bullish case for the stock. On the fundamental side, strong agreement among Wall Street analysts in raising earnings estimates for this networking equipment maker enhances its prospects of a trend reversal. 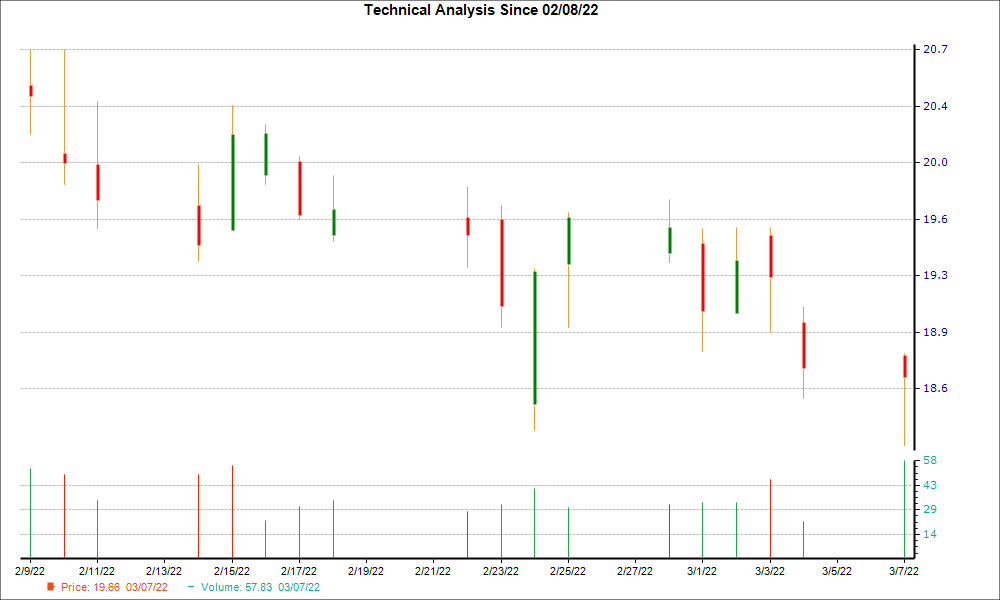 Here's What Increases the Odds of a Turnaround for ADTN

Over the last 30 days, the consensus EPS estimate for the current year has increased 7.3%. What it means is that the sell-side analysts covering ADTN are majorly in agreement that the company will report better earnings than they predicted earlier.

Moreover, a Zacks Rank of 1 for Adtran is a more conclusive indication of a potential trend reversal, as the Zacks Rank has proven to be an excellent timing indicator that helps investors identify precisely when a company's prospects are beginning to improve.