Quarterly EPS (excluding 47 cents from non-recurring items) of 32 cents missed the Zacks Consensus Estimate by 27.3% and declined 54.9% year over year. The downside was due to higher supply chain, labor and other inflationary costs as well as higher ongoing IT operating expenditures, higher selling costs and bad debt expenses.

In the past year, shares of Stericycle have lost 32.1% compared with the 15.8% decline of the industry it belongs to. 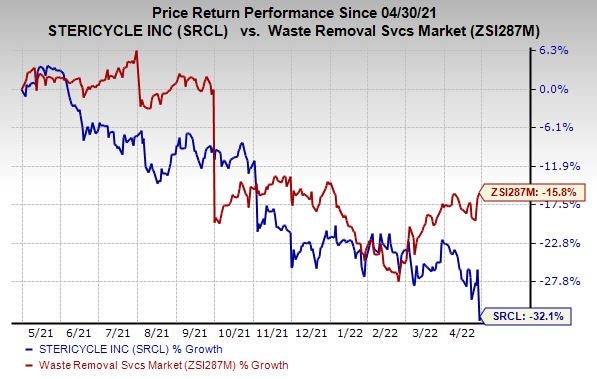 Regulated Waste and Compliance Services revenues decreased 4.4% year over year on a reported basis and 1% on an organic basis to $452.6 million. The segment contributed 68.2% to total revenues.

Secure Information Destruction revenues increased 8.8% year over year on a reported basis and 9.5% organically to $211.6 million. The segment contributed 31.9% to total revenues.