Avis Budget Group, Inc. (CAR - Free Report) stock has gained 3.8% since its first-quarter 2022 earnings release on May 2. The price uptick can be attributed to better-than-expected earnings and revenue performance. 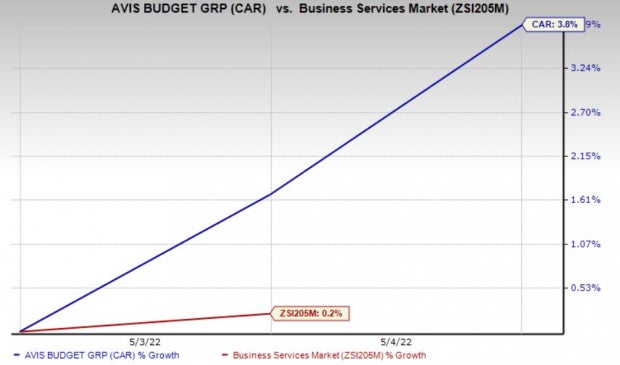 Adjusted earnings of $9.99 per share beat the Zacks Consensus Estimate as well as the year-ago quarter’s reported figure by more than 100%. Total revenues of $2.43 billion surpassed the consensus estimate by 11.3% and improved 77.3% year over year. The top line was backed by increased revenues per day and a rise in rental days.

Americas segment revenues of $2.00 billion were up 85% year over year. The segment contributed 82% of total revenues.

International segment revenues of $432 million were up 48% year over year. The segment contributed 18% of total revenues.

Adjusted EBITDA for Americas was $810 million, up more than 100% year over year. The uptick was backed by strong pricing and increased demand.

Internationally, adjusted EBITDA was $23 million, up more than 100% year over year. The uptick was backed by strong pricing, volume and cost-mitigating actions.