Waste Connections, Inc. (WCN - Free Report) stock has lost 5.4% since its first-quarter 2022 earnings release on May 3. The downfall can be attributed to lower-than-expected earnings performance. 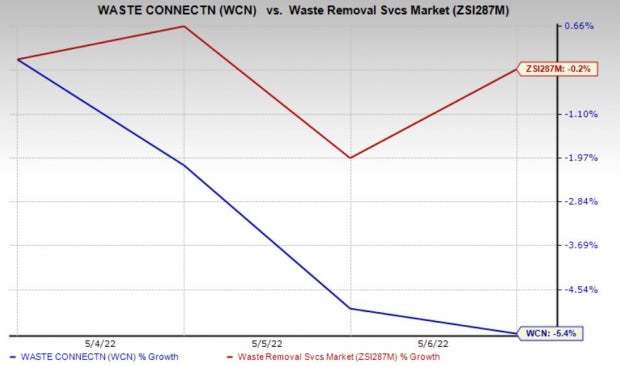 Adjusted earnings of 82 cents per share missed the Zacks Consensus Estimate by 1.2% but increased 17.1% year over year. Revenues of $1.65 billion topped the consensus mark by 1.9% and rose 17.9% year over year.

Acquisitions contributed $110.01 million to revenues in the reported quarter.

The Solid Waste Disposal and Transfer segment’s revenues increased 12.5% from the year-ago quarter’s level to $304.7 million.

The Intermodal and Other segment’s revenues increased 22.7% to $35.58 million.

WCN paid out dividends worth $59.39 million in the reported quarter.

What's in Store for Riot Blockchain (RIOT) in Q1 Earnings?