Adjusted earnings per share (excluding 6 cents from non-recurring items) of $4.11 beat the Zacks Consensus Estimate by 17.1% and surged more than 400% year over year.

Revenues of $2.1 billion surpassed the consensus estimate by 6.6% but dropped 11.4% year over year.

Shares of H&R Block have gained 1.9% over the past year against a 34.7% decline of the industry it belongs to. 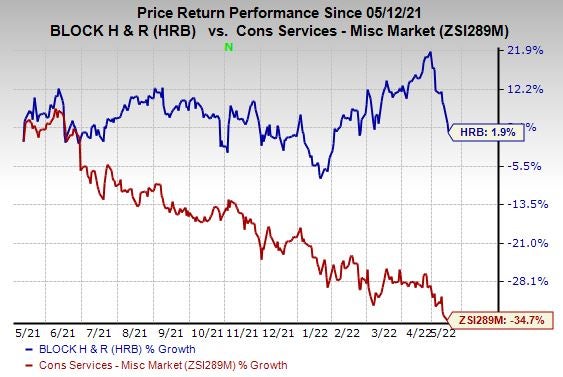 Pretax income surged $33 million to $862 million. Total operating expenses of $1.2 billion were up 4% year over year. The uptick was due to greater field compensation and marketing expenses.

H&R Block generated $1286.7 million of cash in operating activities while capex was $13.3 million. HRB paid out dividends of $46.5 million in the quarter.

HRB revised its fiscal 2022 outlook on a strong tax-season performance.

What Exxon Mobil (XOM) Estimates Say About Its Recent Performance