GE’s new 3.0-3.4 MW turbine, which comes with a 140-meter rotor, is available with various hub heights. Its 68.7m two-piece blade improves serviceability, installation and logistics. With higher service efficiency and better wind energy production levels, General Electric’s new Sierra turbine will deliver more value to its customers. The turbine is uniquely designed to cater to the needs of the North America region.

The turbines will be manufactured in GE’s Florida-based Pensacola manufacturing unit while its blades will be made by both TPI and LM Wind Power.  A large portion of the turbine’s components will be sourced from North America.

The latest development is based on the success stories of Sierra’s two prototypes, one in Lubbock, TX and the other in Kamataka, India, launched more than a year ago. It is worth noting that General Electric already secured orders above 1 GW for the Sierra onshore wind turbines.

General Electric with an $84.1-billion market capitalization, currently carries a Zacks Rank #3 (Hold). GE stands to benefit from its portfolio-restructuring program, expansion in digital business and efforts to deleverage its balance sheet in the quarters ahead. 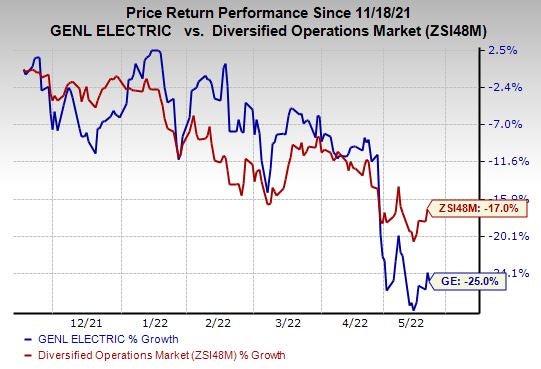 Shares of General Electric have lost 25% compared with the 17% decline of its industry in the past six months.

Some better-ranked companies are discussed below:

Carlisle Companies Incorporated (CSL - Free Report) presently flaunts a Zacks Rank of 1. Its earnings surprise in the last four quarters was 23%, on average.