Valued at $38.9 million, the contract is expected to get completed by Apr 30, 2023. Work related to this deal will be performed in Sterling Heights, MI.

Amid the rising geopolitical tensions and the recent tiff between Russia and Ukraine, the United States and other countries globally have increased their spending manifold for upgrading defense systems and improving warfare capabilities. In this context, main battle tanks form an integral part of any nation’s defense system.

General Dynamics’ Abrams battle tank enjoys significant demand from the U.S Army and several U.S. allies due to its advanced features and the company’s continuous efforts to configure it with additional advanced capabilities. The latest contract win is a bright example of that.

One defense player likely to benefit from such favorable trends is BAE Systems (BAESY - Free Report) .

BAE System’s Challenger 2 is heavily armored, highly mobile and designed for use in the direct fire zone. Its primary role is to destroy or neutralize armor. It also has the ability to engage both hard and soft targets and can operate across a spectrum of high-intensity conflicts, counter insurgency and peacekeeping roles.

The long-term earnings growth rate of BAESY is pegged at 7.2%. The Zacks Consensus Estimate for 2022 earnings indicates a surge of 21.4% from the prior year reported figure.

Shares of General Dynamics have rallied 22.8% in the past year against the industry’s decline of 40.4%. 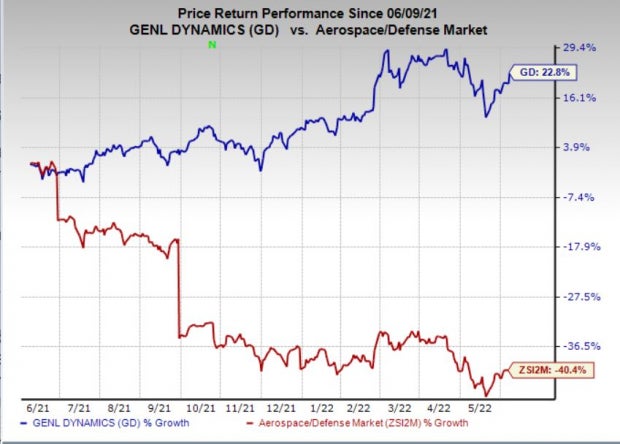 TransDigm has a four-quarter earnings surprise of 6.61%. TDG boasts a long-term earnings growth rate of 22.2%.