General Electric, with an $72.4-billion market capitalization, currently carries a Zacks Rank #4 (Sell). GE stands to benefit from its portfolio-restructuring program, expansion in digital business and efforts to deleverage its balance sheet in the quarters ahead. Softness in the company’s grid and turbine businesses remains a concern. 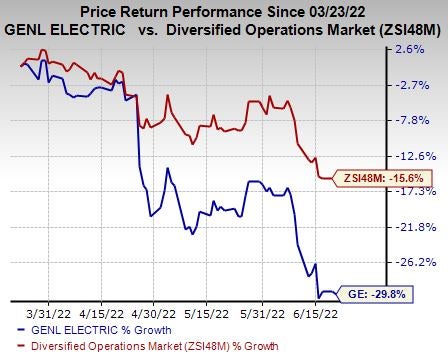 Shares of General Electric have lost 29.8% compared with the 15.6% decline of its industry in the past three months.

Some better-ranked companies from the same space are discussed below:

Earnings estimates of MMM have increased 6.1% for 2022 in the past 60 days. Its shares have declined 12% in the past three months.

Flowserve (FLS) Down 30% in a Year: What's Hurting the Stock?