Javelin, a joint venture (JV) of Raytheon Technologies Corp. (RTX - Free Report) and Lockheed Martin Corp. (LMT - Free Report) , recently won a contract involving the Javelin weapon system. Work related to the deal is scheduled to be over by Jun 30, 2025.

Valued at $33.5 million, the contract was awarded by the U.S. Army Contracting Command, Redstone Arsenal, AL. Per the terms of the deal, Javelin will be engaged in the low-rate initial production of lightweight command launch units to support the Javelin Weapon System.

The entire task will be carried out in Tucson, AZ.

This combat-proven weapon system boasts a reliability rate of more than 94%. It can be deployed from multiple platforms and used in all weather, day or night operations.

Increasing geopolitical tensions across the globe have prompted nations, both developed and developing, to strengthen their defense systems manifold. Following the rapid technological advancements, missile defense has steadily emerged as a key catalyst for the nations’ defense strategy.

With the United States being the world’s largest weapons supplier and Raytheon Technologies and Lockheed being two prominent U.S. missile makers, both the companies have been clinching significant awards for the enhancement of their missile defense systems with the latest technologies and providing their end users complex technical services. The latest contract is one such example.

Per a report by Mordor Intelligence, the global missiles and missile defense systems market is estimated to register a CAGR of more than 8% during the 2022-2031 period.

Northrop is a prominent developer of missile systems, and counter systems, including strategic deterrents, as well as subsystems and components. In fact, to strengthen its position in the missile market, Northrop acquired Orbital ATK in 2018, which used to be one of the industry leaders in providing missile components across air-, sea- and land-based systems.

Northrop boasts a long-term earnings growth rate of 6.1%. The Zacks Consensus Estimate for NOC’s 2022 sales indicates an improvement of 2.6% from the 2021 reported figure.

General Dynamics boasts a long-term earnings growth rate of 9.8%. The Zacks Consensus Estimate for GD’s 2022 sales indicates an improvement of 2.7% from the 2021 reported figure.

In the past year, Raytheon Technologies’ shares have gained 10.7% against the industry’s 3.6% decline. 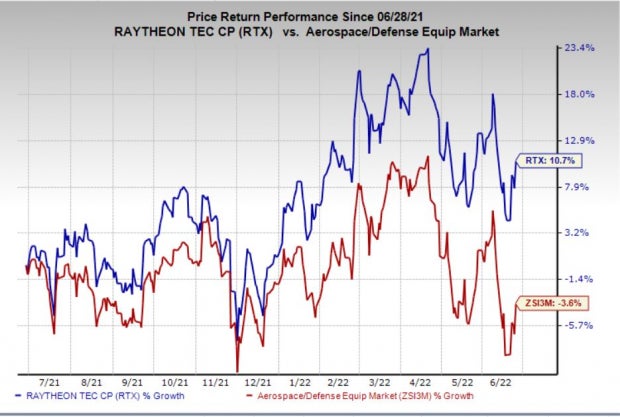 On the other hand, shares of Lockheed have gained 10.2% against the industry’s 42% decline in the past year. 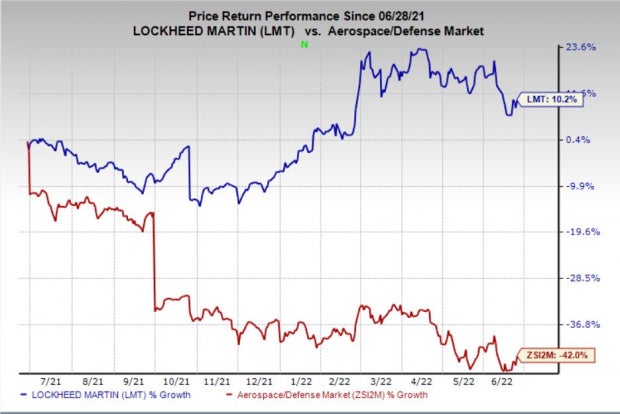 Here's Why it is Worth Investing in Ingersoll Rand (IR) Stock