Nintendo vs. Alphabet: Which Looks Like a Better Buy Pre-Split?

Stock splits have gained serious traction over the last several years. Generally, a company performs a stock split for a practical reason – the stock price has become too expensive, causing a barrier to entry for potential investors, grinding down overall trading volume.

So far in 2022, we’ve seen Amazon (AMZN - Free Report) perform a 20-for-1 split, and there are a few more worth noting that are scheduled to take place this year.

While investors have welcomed both splits, it raises a valid question: Which company looks like a better buy pre-split? Let’s examine each company a little closer to get a more precise answer.

Nintendo (NTDOY - Free Report) is responsible for many legendary franchises in interactive entertainment, including The Legend of Zelda, Super Mario Brothers, Donkey Kong, and Pokémon.

Year-to-date, Nintendo shares have been noticeably stronger than the S&P 500, declining approximately 9% in value. 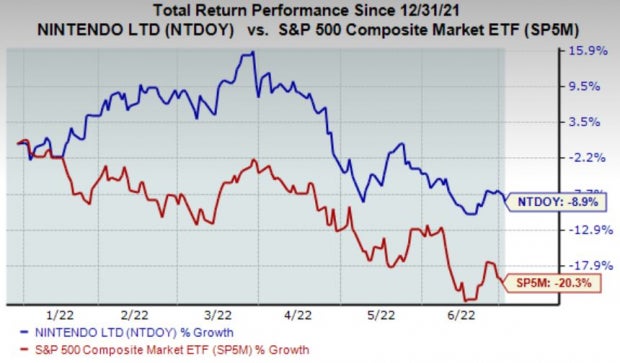 When extending the time frame to encompass a year’s worth of price action, we can see that NTDOY shares have struggled quite noticeably, declining nearly 30% in value and extensively underperforming the general market. 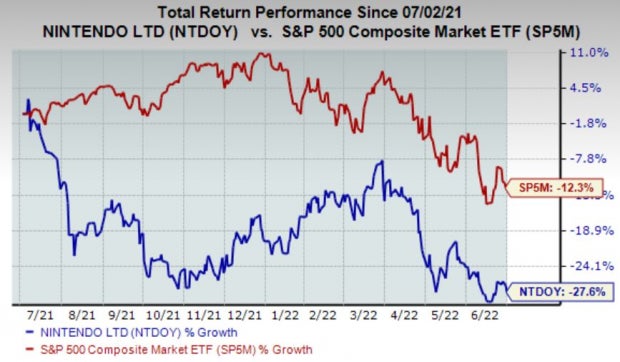 Valuation levels have retraced extensively over the last five years. Nintendo’s current forward earnings multiple resides at 14.7X, a fraction of its 2018 high of 45.3X and nicely below its five-year median value of 20.4X. Additionally, shares trade at an enticing 13% discount relative to the S&P 500.

NTDOY has been on a blazing hot earnings streak, exceeding bottom-line expectations in ten consecutive quarters dating back to late 2019. In its latest quarter, the digital entertainment giant crushed the $0.48 Zacks Consensus Estimate by a triple-digit 110% and reported EPS of $1.01.

However, FY23 earnings are forecasted to decrease by 18% year-over-year. Although this does appear as a red flag, let’s look at a little backdrop.

During the pandemic, when lockdowns were widespread and the outside world was shut down, many people turned to digital entertainment, which heavily aided the top and bottom lines. Now that we’re inching out of the pandemic, the demand for such entertainment has significantly cooled off.

In FY24, the earnings picture turns positive, with the $3.71 per share estimate reflecting a 1.5% growth in earnings year-over-year.

Annual revenue is also forecasted to take a minor hit, with the $14.9 billion sales estimate reflecting a marginal 1.1% decrease in the top line.

Alphabet (GOOGL - Free Report) has evolved from primarily being a search engine into a company with operations in cloud computing, ad-based video and music streaming, autonomous vehicles, and more.

GOOGL shares have tumbled year-to-date, decreasing approximately 26% in value and underperforming the S&P 500 by a decent margin.

Upon extending the time frame over the last year, the story remains the same – GOOGL shares have struggled, decreasing nearly 15% in value and underperforming the S&P 500 marginally. 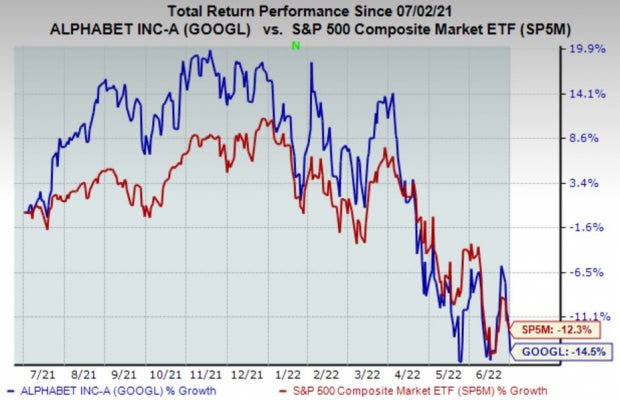 Alphabet has consistently reported strong bottom line results, exceeding expectations in eight of its last ten quarterly reports. However, in its latest quarter, the tech titan shocked the world and missed on the bottom line by 4.2%. 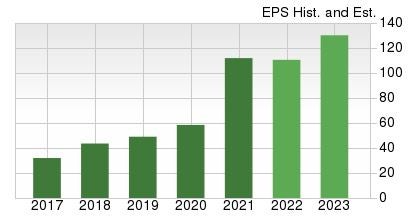 The top line forecast appears robust, with the $245 billion FY22 revenue estimate penciling in a substantial 16% expansion in the top line year-over-year. 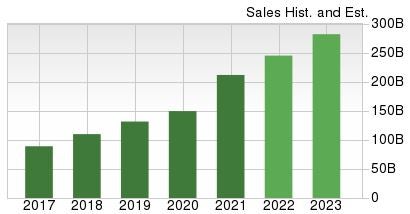 Nintendo is an excellent company that provides solid exposure to the rapidly growing gaming industry. In addition to video games, the company can produce diverse revenue streams via content merchandise in the physical world.

On the other hand, Alphabet is another stellar company that provides exposure to another rapidly growing industry – cloud computing. Cloud revenue has been multiplying for the company; cloud revenue saw a 47% year-over-year increase from 2020 to 2021.

It’s challenging to pick a winner. However, I think the winner here is Alphabet, and here’s why – it’s one of the most innovative tech companies in the world and has intertwined itself so profoundly within the internet that it feels unstoppable. Additionally, top and bottom line growth rates are much stronger than Nintendo’s, and Alphabet’s exposure to the booming cloud industry is undoubtedly a major positive that will continue to aid the company extensively.