Ryanair’s Belfast-based fleet will include two aircraft, generating 60 aviation jobs apart from creating multiple other indirect vacancies at Belfast International. The move also increases the number of destinations available from the airport to more than 70 domestic and international ones. As a result, passengers will get more traveling choices.

The latest move reflects Ryanair’s growth-oriented plans over the upcoming years and should boost traffic at the Zacks Rank #4 (Sell) European carrier. Notably, shares of RYAAY have lost 33.4% year to date compared with 23.8% loss of the industry it belongs to. 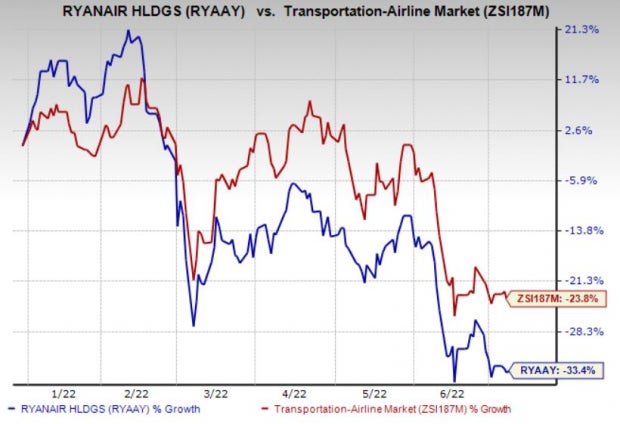 Kirby has an expected earnings growth rate of 278.57% for the current year. KEX delivered a trailing four-quarter earnings surprise of 7.7%, on average.

KEX has a long-term earnings growth rate of 12%.

Golar LNG delivered a trailing four-quarter earnings surprise of 42.1%, on average. The Zacks Consensus Estimate for GLNG’s current-year earnings has improved 16.7% over the past 90 days.

Shares of GLNG have gained 59.2% over the past year.

C.H. Robinson has an expected earnings growth rate of 15.9% for the current year. CHRW delivered a trailing four-quarter earnings surprise of 17.1%, on average.

C.H. Robinson has a long-term earnings growth rate of 9%. Shares of CHRW have gained 8.8% over the past year.

Here's Why Essex Property (ESS) is an Apt Portfolio Choice