Shares of Fiserv have declined 14.5% over the past year compared with the 31.8% decrease of the industry it belongs to. 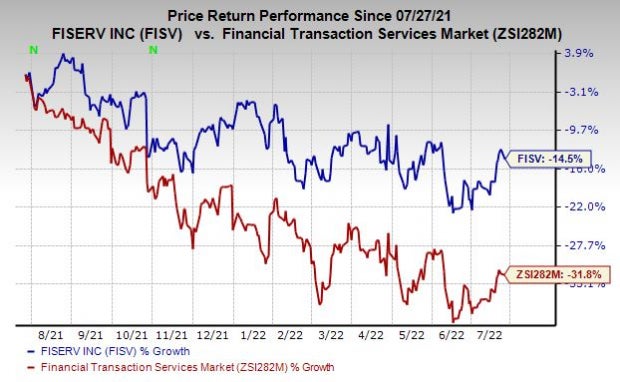 5 Stocks With Recent Price Strength to Gain From July Rally