Another Latin American carrier Copa Holdings (CPA - Free Report) reported better-than-expected earnings per share for second-quarter 2022 driven by higher revenues.With the earnings season in full swing, second-quarter results of many airline companies were reported in detail in the previous week’s write up.

1 In July, RYAAY flew 16.8 million passengers, the highest ever traffic volume at RYAAY in the said month. Last July, only 9.3 million passengers were transported by RYAAY. Load factor increased to 96% from 80% in July 2021. The number of passengers attracted by RYAAY in July 2022 was 14.2% higher than the 14.8 million passengers flown in July 2019 (pre-coronavirus era). July performance was recorded despite some of Ryanair’s cabin crew staff in certain European countries being on strike. RYAAY operated more than 92,000 flights in July. The stock currently carries a Zacks Rank #3 (Hold).

Upbeat traffic in its domestic markets is leading to arosyscenario on a consolidated basis. In July, domestic traffic and capacity improved 24.1% and 31%, respectively. On the domestic front, 29.9% more passengers boarded GOL’s flights in July 2022.

3. Copa Holdings reported second-quarter 2022 earnings (excluding $2.69 from non-recurring items) of 32 cents per share, which surpassed the Zacks Consensus Estimate of 27 cents.  In the year-ago quarter, CPA had incurred a loss of 38 cents per share due to coronavirus-led depressed air-travel demand. Quarterly revenues of $693.4 million beat the Zacks Consensus Estimate of $674.5 million and rose significantly year over year , courtesy ofimproved air-travel demand.

Below, we present all comparisons (in % terms) with second-quarter 2019 levels (pre-coronavirus).

For the full year, CPA expects capacity to reach approximately 98% of the 2019 level.CASM, excluding fuel, is anticipated to be 5.9 cents in 2022.

Passenger revenues, which accounted for the bulk (94.1%) of the top line, soared 33.5% on a year-over-year basis. The upside can be attributed to improvement in air-travel demand. Air traffic (measured in revenue passenger miles or RPMs) for scheduled service surged 33.9% in the quarter under review. Capacity (measured in available seat miles or ASMs) also increased 8.5% year over year. Load factor increased 1650 basis points to 87.3% in the reported quarter, as traffic surge outweighed capacity expansion.

Operating cost per available seat miles (CASM), excluding fuel, escalated 42.2% year over year to 6.94 cents. Average fuel cost per gallon (scheduled) shot up in excess of 100% to $4.33 in the quarter. Total scheduled service passenger revenue per available seat miles rose 22.5% to 12.69 cents.  ALGT exited the June quarter with 115 planes in its fleet. Fleet size at the end of 2022 is expected to be 124. 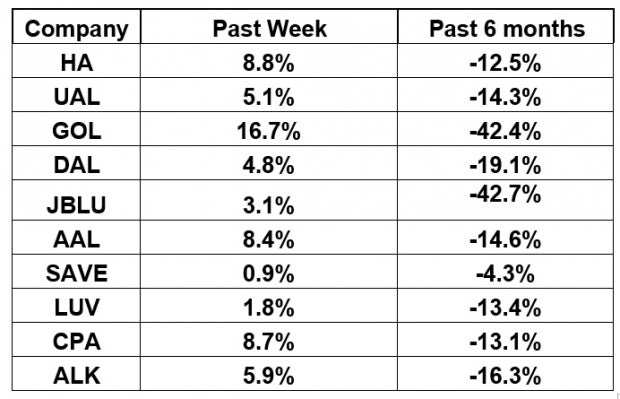 Second-quarter earnings report of Latin American carrier Azul (AZUL - Free Report) is scheduled to be released on Aug 11. Our proven model does not predict an earnings beat for AZUL this time around.

The combination of a positive Earnings ESP and a Zacks Rank #1 (Strong Buy), 2 (Buy) or 3 (Hold) increases the odds of an earnings beat. But that’s not the case here. You can uncover the best stocks to buy or sell before they’re reported with our Earnings ESP Filter. AZUL currently has an Earnings ESP of -33.78% and a Zacks Rank# 3.