In August, NIO started boosting the production of the new ES7 SUV, a mid-large five-seater premium smart electric SUV featuring the NIO Technology 2.0 (NT2) unveiled in June and rolled out the first orders to customers in China. In the month, 398 units of ES7 were delivered.

The company delivered 90,085 Smart EVs for the first eight months of the year, representing a 96% increase year over year.

In August, Li commenced deliveries of the Li L9, its six-seater, full-size flagship SUV for families, which was launched in June. Initial responses from the SUV’s early customers have been positive.

Moreover, the company stated that it was getting ready to launch Li L8, a large premium smart SUV for families, in early November, with deliveries commencing in the same month. The Li L8 model will be available in two variants, namely a six-seater and a VIP five-seater to cater to diverse family groups.

Li’s monthly sales saw the steepest decline of 56% from 10,422 vehicles in July. 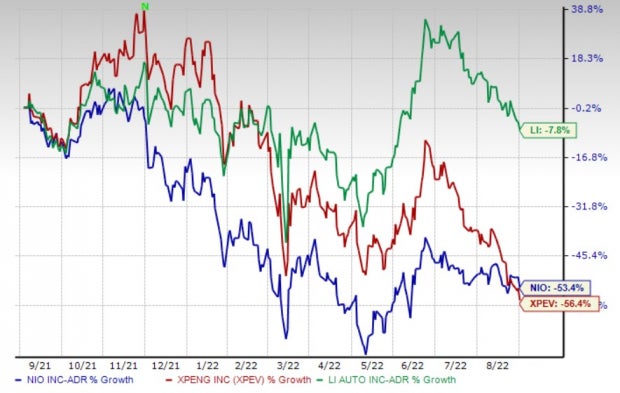 LCI Industries has an expected earnings growth rate of 68.1% for the current year. The Zacks Consensus Estimate for current-year earnings has been revised 1.8% upward in the past 30 days.

LCI Industries’ earnings beat the Zacks Consensus Estimate in all the trailing four quarters. LCII pulled off a trailing four-quarter earnings surprise of 26.48%, on average. The stock has declined 16% over the past year.